Ollie Horgan: 'The fans have been fantastic for us this season' 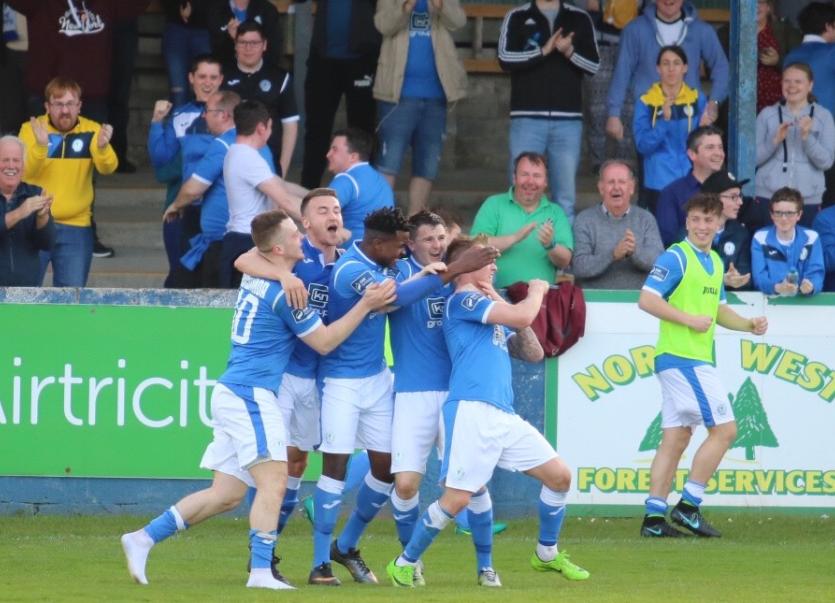 Promotion-chasing Finn Harps and Galway United meet at Finn Park this Friday night in another key game in the battle for a top four finish in the SSE Airtricity First Division.

With just three games left to play, Finn Harps lie in second spot in the table, a full eleven points ahead of this weekend's opponents who could be out of the promotion race if they lose on Friday night.

Harps have been going really well in the league, but last Friday night, they went out of the FAI Cup losing 2-0 to Dundalk.

Sam Todd returns from suspension having missed that game at Oriel Park.

That match was one of three on the bounce that Harps have played away from home in recent weeks and speaking at a press conference in Letterkenny on Monday, Ollie Horgan noted how well the team had been supported by travelling fans who had made the trips to Bray, Athlone and Dundalk.

He said the fans will have a key role to play in the final three league games, starting this Friday night against Galway.

He spoke to the Democrat's Diarmaid Doherty.

Love the Dundalk FC match day magazine tonight which includes a reproduction of the programme from the FAI Cup quarter-final tie with Finn Harps back in 1979, a year that the Lilywhites went on to do the league and cup double. pic.twitter.com/srjTfmmmCx