Karol Duggan looked to the Stranorlar sky as he crossed the line.

Duggan returned after a two-year absence to win the Donegal Senior Cross-Country title at Finn Valley AC on Sunday.

A year ago in December, his father, Hugo - a seven-time Irish long jump champion and World Masters gold medalist - passed away suddenly.

The win was dedicated to Hugo’s memory after Karol pulled away from Finn Valley pair Jon-Jo Doherty and Dermot McElchar.

“After my father dying, I’d like to dedicate this to him. I had a couple of months trying to get back from injury and I’m back now thank God.

“here was a lot of emotion when I came up to the line. I was thinking of my father. He would really have loved this.” 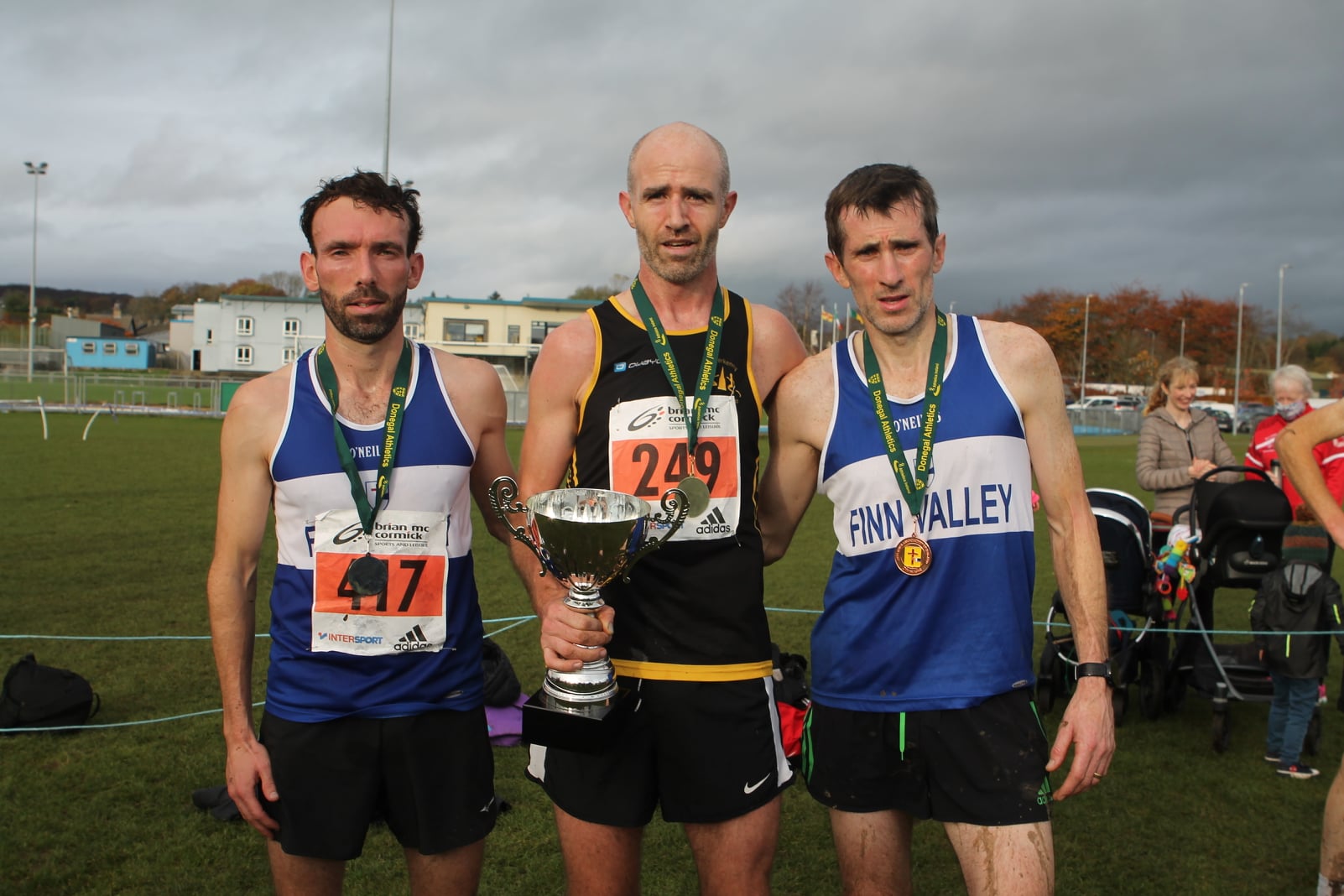 Duggan was neck-and-neck with Doherty for much of the way, but Duggan moved into control around the final lap. He had 13 seconds to spare at the finish of a gripping, tactical battle.

“It was a tough race. I didn’t go too early because I wasn’t sure about the legs.”

Duggan has spent much of the last two years struggling with an injury, but he found the resolve to win the individual gold and lead LAC to a team triumph.

He said: “I wasn’t running about two weeks ago. It was just very hard.

“Normally I would dictate the pace myself, but I didn’t know if i would out-kick Jon-Jo. I just ground it from deeper. I felt it in the home straight.

Nakita Burke secured the Donegal senior women’s crown after shaking off the advances of Finn Valley AC’s Jennifer Elvin on the back field.

“I knew this would be tough. I got everything I needed out of the race. Jennifer really pushed it and gave a great push. She pushed the pace all the way. I had a game plan so I knew I had to stay with her. I was switched on from start to finish. I was absolutely delighted with the last lap.”

Finn Valley grabbed the team honours in the women’s race with Elvin in second leading their charge.

Teresa Doherty was third, taking the individual bronze and the timeless Catriona McGranaghan scored again in fourth overall with Hayley Ballard in sixth.

The boys’ winners in a combined under-16 and under-18 team were Tir Chonaill’s Ethan Dewhirst, Caolan Kilbride, Dualtach Bracken and Oisin Gillespie.

Finn Valley won the under-9 girls, under-9 boys and under-10 girls honours while Letterkenny AC were the under-10 boys team winners.