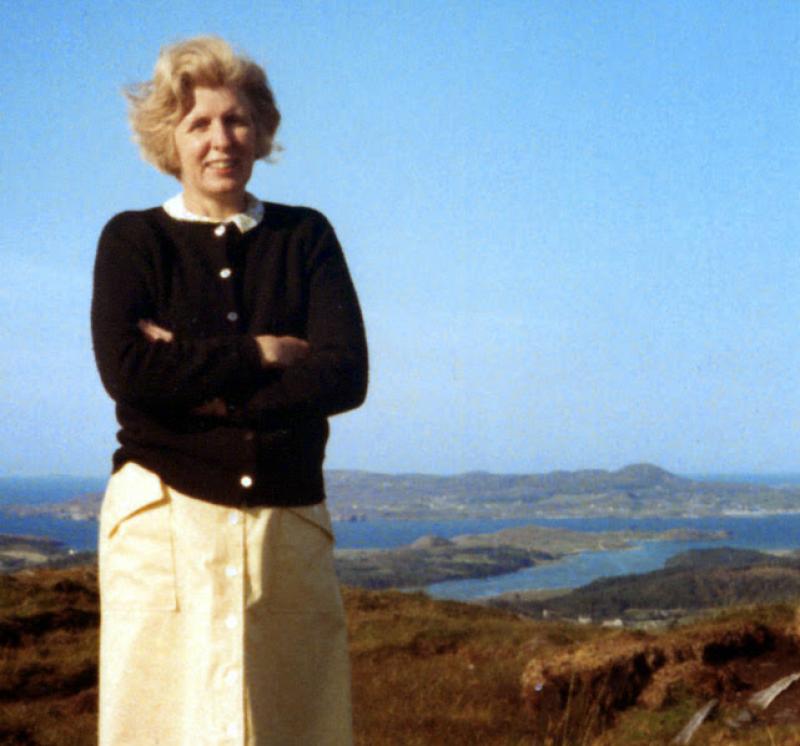 A new short film celebrates the early life of one of Ireland's greatest ever technology innovators, computer programming pioneer Kathleen ‘Kay’ McNulty who was born in Donegal.

The tribute to Kay McNulty will be screened at Letterkenny’s Regional Cultural Centre, Letterkenny this Thursday, December 5 at 8pm.

The film pays tribute to her remarkable contribution to technological innovation as one of the first computer programmers and reconnects her story back to her humble beginnings in rural Donegal.

Eamonn McFadden from Glass Mountain Digital Media, who wrote and directed the short film, says the aim was to create something that celebrated her work but also where she was from.

“While Kay is now recognised as a true innovator in her work, we felt that it was important to do something that paid tribute to her from her home town of Creeslough. We are very proud of her and what she achieved and that she never lost touch with home. We thought of different ways we could do that and settled on the film as it was something we could make to say who she was, where she was from and what she achieved and share it with everyone online and hopefully it will inspire others in STEM subjects,” he stated.

She was born into a turbulent time in Irish history during the War of Independence but in October 1924 her family set sail for a new life in the US and they all eventually settled in Pennsylvania.

She recalled that they only spoke Irish at home in Creeslough and this was something they continued to do when they arrived in America. In fact, she recalled not being able to speak English at all at that time in her life.

After graduating from high school, she enrolled in Chestnut Hill College for Women and graduated with a degree in mathematics in June 1942.

Her chosen field of study led her to answer an advertisement in a local newspaper looking for maths graduates during the Second World War to help calculate bullet and missile trajectories at the Ballistic Research Laboratory in Aberdeen, Maryland.

Unknown to her initially, there was a major programme underway there developing a top-secret new device called the Electronic Numerical Integrator And Computer, or ENIAC for short, now regarded as the first general-purpose computer.

Kay was invited to take part in the programme and became one of the first people to learn to programme the machine using a stack of wire diagram blueprints. It cut the time of working out problems like missile trajectories from weeks to seconds.

Working along with her were Betty Jennings, Betty Snyder, Marlyn Meltzer, Fran Bilas, and Ruth Lichterman they are all now regarded as the first programmers of the ENIAC.

They are the pioneers of the language that brought us into the technological era we know today.

The film was created with the support of Creative Ireland, Donegal County Council and the Department of Culture, Heritage and the Gaeltacht.

The screening is at 8pm on Thursday, December 5 and is suitable for all ages and everyone is welcome.