THE ARTS COLUMN: Music and musicals this week in the north west

This Weeks Highlights include The Sound Of Music in Derry, Keep ‘Er Lit at The Balor, Ballybofey and The Henry Girls performing the music of The Boswell Sisters Paula Lambert Puppet Theat 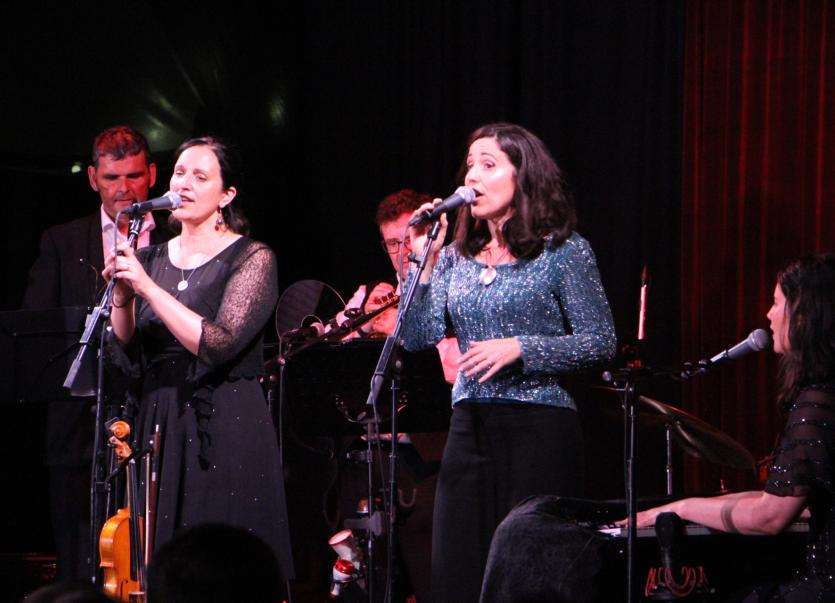 Much loved musical The Sound Of Music is currently running in The Millennium Forum Derry. There is a 3pm matinee performances Saturday as well as a 7.30pm evening performance each day until Saturday.

Another musical staging this week is David Oliver and Cat MacGinty’s Keep ‘Er Lit at The Balor, Ballybofey on Friday at 10.30am and 7.30pm. Also on Friday, The Henry Girls perform the music of The Boswell Sisters in An Grianán Theatre, Letterkenny.

Paula Lambert Puppet Theatre visits The Playhouse in Derry on Saturday with Bosco’s Magical Garden and Sleeping Beauty - showtime is 2.30pm. Later that evening Leitrim-based theatre group The Acorn Players visit An Grianán with their production of Loophole – a rural comedy by John McManus - while The Miami Showband play The Alley In Strabane as part of The Alleys Celebration of The Showbands weekend.

Include Youth present the new and original musical Keep ‘Er Lit on Friday, February 7 at The Balor, Ballybofey. This heart warming show written by David Oliver and Cat McGinty first debuted with a sell-out run in The Alley Theatre, Strabane last May.

Set in 1998 just after the signing of the Good Friday Agreement, Keep ’Er Lit follows the lives of four young people still enduring troubles of their own. After spending a year together on a community programme with the support of their mentors Dylan – a journeyman in the band scene – and Fauna – a professional singer who was destined for stardom before life took her in a different direction – they have one final goal: a live performance as a band.

Will circumstances hold them back or will they rise to the challenge that awaits them in the wilds of Donegal? Join these four young people on their trip into the unknown with Andy the bus driver, Garda McCluskey, Bridie the bar owner and a host of other characters making it a weekend that they will never forget!

Writers David Oliver and Cat McGinty have quite the pedigree when it comes to creating original musicals. Previous shows include Gutz The Musical, Balo Balo, Time and Little Make Believe which have all enjoyed success – like Keep Er Lit – in Strabane’s Alley Theatre. Factor into the equation that Keep ‘Er Lit will be a home appearance for Ballybofey actor/singer Chris McLaughlin and there’s sure to be quite a bit of interest.

Include Youth present Keep ‘Er Lit on Friday January 7. There’s two shows – a 10.30am performance for schools youth groups etc and a 7.30pm performance for the general public. Tickets are €12 for the morning show and €15 for the evening performance available from The Balor Box Office on 0749131840 or online at www.balorartscentre.com

The Alley Theatre, Strabane are holding a Celebration of The Showbands Weekend. All things showband will be celebrated with illustrated talks, music a tribute to Clipper Carlton and an exhibition of showband memorabilia such as photographs, newspaper cuttings, record sleeves and other memorabilia from the Showband era.

Pride of place in the programme is a gig by The Miami Showband on Saturday, February 8. Forever etched in Irish memories for both the tragedy of The Miami Massacre as well as the joy brought by their music and it’s legacy the current line-up still features two members of the original in Des Lee and Ray Miller. Simple Simon, The Candy Store, Baby I’m Your Man and much, much more – they’re all on the setlist for the Miami this Saturday night.

The Miami Showband play The Alley Theatre, Strabane this Saturday, February 8 at 8pm. Tickets are £15 (£12 concession) available from The Alley on 048 7138 4444 or online at www.alley-theatre.com

Celebrated Inishowen trio The Henry Girls are putting together a 10-piece ensemble for their An Grianan Theatre, Letterkenny gig this weekend when they’ll perform their own specially created tribute to The Boswell Sister.

The Boswell Sisters were a 1920’s era New Orleans vocal jazz trio who broke boundaries at the time with their intricate harmonies and rhythmic experimentation. They made music steeped in jazz, blues, Dixieland, ragtime and gospel earning the nickname ‘syncopating harmonists from New Orleans’ in a time where people evidently put a lot more thought into thinking up proper nicknames.

They moved to New York in 1931 and made recordings for Brunswick Records with the top jazz musicians of the era time including verifiable legends such as Benny Goodman, Glenn Miller and Stan King among others.

If you’re familiar with the talents and capabilities of I think you’ll agree that this is a match made in musical heaven with the sisters own considerable musical talents augmented by an ensemble including a brass and reed section, drums, double bass, guitar and piano.

The Henry Girls perform the music of The Boswell Sisters this Saturday, February 8th in An Grianan Theatre, Letterkenny at 8pm. Tickets are €20 (there’s also a 4 for €70 deal) available from An Grianan on 0749120777 or online at www.angrianan.com

Last Friday morning saw the most frantic quarter of an hour or so in Balor history when tickets for Paul Heaton and Jacqui Abbott, Tuesday April 7 went on sale.

With just 300 tickets available, compared to the 13,500 capacity of the 3Arena, Dublin where they play the following Friday, demand far, far outstripped supply. The lengths some people went to to make sure they secured tickets was quite amazing. I was locking up at 11.45pm the night before after the Jeffrey Foucault gig (great gig by the way, amazing songwriter) when I noticed a plastic stool and a cushion outside the door. As I stood looking it with a slightly puzzled expression on my face a woman opened the door of a car parked nearby and said “That’s mine”. Needless to say when tickets went on sale online and at The Balor Box Office at 10am she was first in line in a queue that probably had the guts of 100 people in it.

The online allocation sold out more or less instantly with the physical box office tickets taking a little longer but only because we had to deal with real people one at a time. Nevertheless by 10.18am the Sold Out signs were being put up in the foyer and the box office staff slumped in weary relief.

It was a gig that could have sold out ten times over so many people were inevitably left disappointed. I have to say I especially felt for those punters who had queued outside only to have the gig sell out before they reached the counter, especially the ones who just missed the cut.

Congratulations to those who managed to get tickets. It’s going to be a very special night.