Bosco, a great play by Fergus Cleary and Patrick Feeney’s Country and Gospel tour all coming up in the week ahead 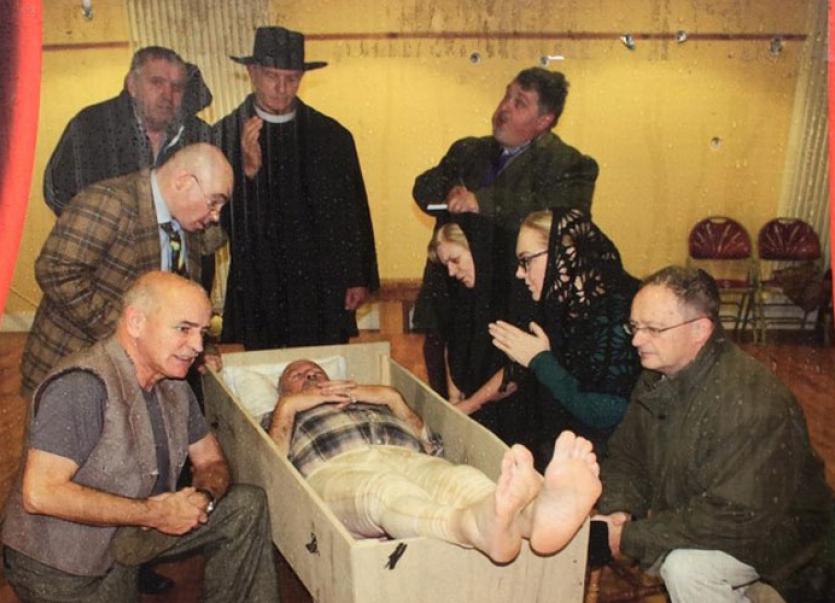 Fergus Cleary’s The Island Wake returns to An Grianán Theatre

“New York has the haircuts, London has the trousers, but Belfast has the reason!” The Lyric Theatre's hit stage musical version of Good Vibrations will be part of this year’s July's Earagail Arts Festival. Good Vibrations tells the story of Terri Hooley, a radical, rebel and music-lover in 1970s Belfast. When the conflict shuts down his city, and all his friends take sides and take up arms, Terri opens a record shop on ‘the most bombed half-mile in Europe’ and calls it Good Vibrations.

Through it he discovers a compelling voice of resistance in the city’s underground punk scene. Galvanising the young musicians into action, he becomes the unlikely leader of a motley band of kids and punks who join him in his mission to create a new community, an alternative Ulster, and to bring his city back to life.

It has been adapted for the stage by the same writing team behind the film biopic, Colin Carberry and Glenn Patterson, for which the pair were nominated for Outstanding Debut at the 2014 BAFTA Film awards. It’s on Thursday, July 23 at 8pm, Friday, July 24 at 8pm, Saturday, July 25 at 8pm and Sunday July 26 at 3pm.

A sellout on its previous visit to An Grianán Theatre last year, Fergus Cleary’s The Island Wake returns there this Thursday at 8pm as a fundraiser for Acquired Brain Injury, Woodlands, Letterkenny.

The captivating and imaginative comedy based on island life, its personalities and circumstances. As a child, Fergus Cleary paid many visits to the island off the west coast of Ireland where his mother was born and reared. Without electricity, until 1999 the island was a unique place. Islanders made their own entertainment with the art of song and storytelling a treasured skill. In Fergus’ play The Island Wake, he recalls an island paradise with beaches on both Northern and Southern sides, free from traffic and such dangers. When a visiting, and free-spending, tourist expresses a desire to experience a traditional Irish wake the Islanders are only too happy to oblige. There’s just one catch – no one has died so they’re short a corpse! The end result is a unique comedy at once funny, entertaining and nostalgic that will stay with you long after the final curtain. Tickets are available on angrianan.com and 074 91 20777 and on the door on the night.

This Friday, February 28, Patrick Feeney’s Country and Gospel tour arrives at An Grianán Theatre in Letterkenny and will feature many of his most popular songs like I Believe, Someone to Love Me and his recent smash hit recording Jerusalem which received nightly standing ovations on the hugely very successful 3 Amigos tour along with his great friends Jimmy Buckley and Robert Mizzell. To coincide with the tour Patrick recently released a new Country and Gospel album.

Sure who doesn’t love Bosco? Paula Lambert Puppet Theatre presents Bosco’s Magical Garden and Sleeping Beauty at An Grianán Theatre this Sunday 1st March at 2pm. Bosco is Bosco, not a boy, not a girl, just a Bosco: a cheeky, lovely, funny, slightly-cracked, irrepressible, eternal five-year-old who lives in a box and who loves nothing more than to just be Bosco and meet all the boys and girls. After starring on Irish TV for three decades, you’ll see why Bosco remains a firm favourite for each new generation. 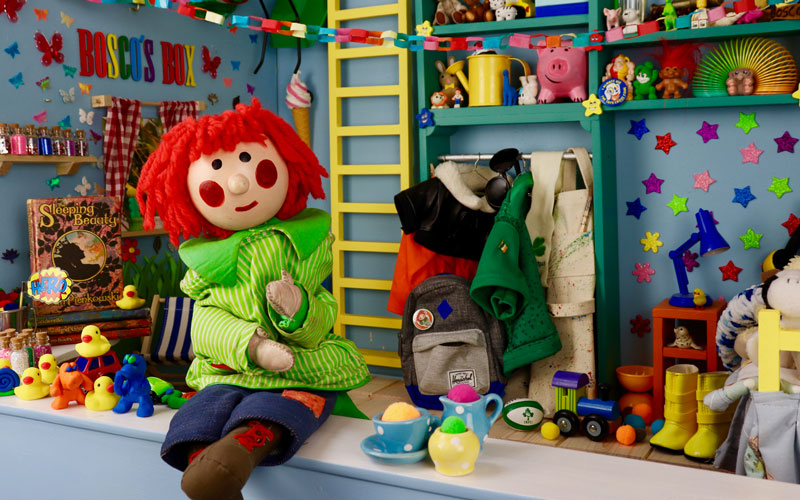 Bosco has had three voices down the years. Originally it was Jonathan Ryan in 1979. When RTÉ put the show into full-time production in 1980, Miriam Lambert took over and from 1981 onwards, it was Paula Lambert. And it’s Paula who puts on this charming show. After starring on Irish TV for three decades, you’ll see why Bosco remains a firm favourite for each new generation. Tickets from angrianan.com and 074 91 20777.

A folk and roots weekend at The Balor

If you’re a fan of the folk, roots, Americana music genre the Balor Arts Centre has got you covered this week with visits from Luan Parle on Saturday, February 29 at 8pm and Peter Mulvey on Sunday, March 1 also at 8pm. Tickets for each show are €15 available from The Balor Box Office on 0749131840 or online at www.balorartscentre.com.

Luan Parle has written and recorded with some of the world’s most successful songwriters & producers. She comes to The Balor as part of an Irish tour marking the release of her new album Never Say Goodbye. The 10 track album which includes two songs co-written with Dire Straits guitarist Hal Lindes has earned rave reviews from Irish critics since it’s release a couple of weeks ago.

Milwaukee native Peter Mulvey’s music career actually began in Ireland where, as an exchange student, he began cutting classes to busk on Grafton Street and hitching around the country to play whatever gigs he could find. Upon returning to American he set out for Boston where busking led to small shows which led to larger shows and eventually regional, national and international touring.

Comedian Ger Carey has been an annual visitor to the Balor over the last decade. his Ger Carey Live comedy show developed specifically at transition year students has proved a huge hit year on year. Not content to rest on his comedy laurels Ger is broadening his horizons with his debut play The Vanishing Gun which plays The Balor on Friday, February 28. If you’re familiar with Gers work you’ll expect something wacky and out of the ordinary.