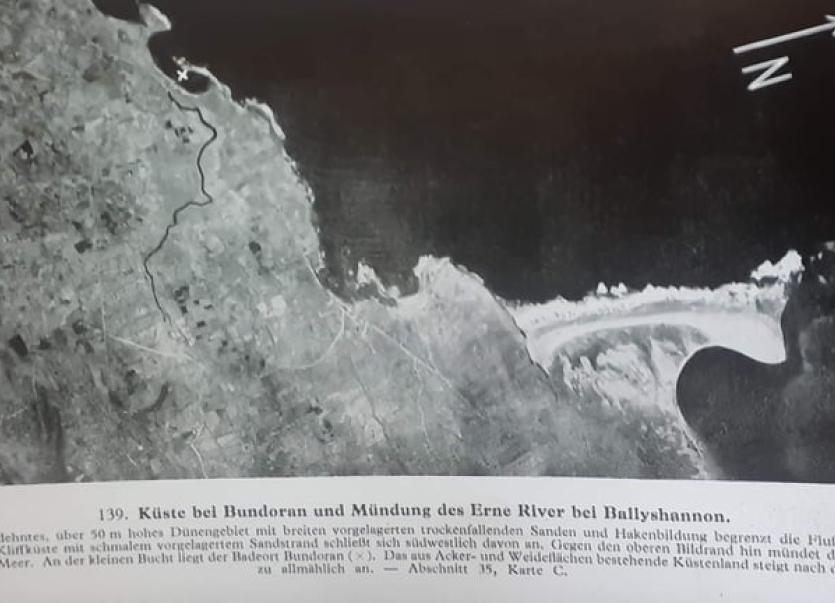 Yes, you read the headline correctly! This article isn’t a satirical piece and Adolf Hitler really did have Ireland in his crosshairs in the summer of 1940, as Ballyshannon native, author, teacher and History aficiondo Marc McMenamin explained to www.donegallive.ie.

Eighty years ago, in the summer of 1940, the Führers general staff drew up detailed plans to invade Ireland. The Nazis, intoxicated by their military victory in France, considered themselves unstoppable, and were determined to press their advance into Britain and Ireland. But just how credible was the threat of Operation Green?

Operation Green often also referred to as Case Green or Plan Green, was a full-scale operations plan for a Nazi German invasion of Ireland in support of Operation Sea Lion, the invasion of the United Kingdom, during World War II. Despite its detailed nature, Operation Green is thought to have been designed only as a credible threat, a feint, not an actual operation. Plan W, a planned occupation of all of the Free State by the British Armed Forces, was drafted by the British military in secret liaison with the Irish government to counteract any German invasion.

The full briefing package for Green runs to five volumes, each devoted to a particular area of military interest. A good example of the detail is a seventy five-page booklet titled "Militärgeographische Angaben über Irland" ("Military Geographical data on Ireland"). This booklet described the frontier, size, historical background, industry, transport infrastructure, vegetation, climate, and weather of the island. It also included seventeen pages of detailed sketches of 233 cities, towns, and villages, complete with a lexicon.
120 photos accompanied the booklet; annexes contained street maps of twenty-five cities and towns, including street names and addresses of garage owners.

A second print of the plan in October 1941 added 332 photographs of the Irish countryside and coastline, mostly tourist photos, which were used to reference highly accurate Ordnance Survey maps.

There were also details on spring tides, geological formations and possible routes German troops could take off projected invasion beaches. Another addendum included in the further reprinting of the plan in 1942 by the OKL (Luftwaffe High Command), titled "Küsten-Beschreibung des Irischen Freistaates (Irland)" ("Coastal description of the Irish Free State"), contained high-altitude aerial photographs of the areas in question, some taken from 30,000 feet, with houses and trees visible.

Despite this attention to detail, and the improvements in the volume of data with each reprinting, a lot of the data was out of date or incomplete.

For example, the Galway–Clifden railway is described as being operational, but it had closed in 1935.
Ireland was also described as perfectly suited to military operations because of its "excellent network of roads", and details on population centres such as Derry and Belfast were accurate but lacked information on British troop concentrations based in these cities. On the other hand, the Ardnacrusha power station on the lower Shannon was entirely detailed in the plan, thanks to the help of the German firm Siemens, which had built it prior to the war.

Ultimately Ballyshannon and Bundoran and the coast of west Donegal would have proven unsuitable for an Seaborne Invasion due to the rugged nature of the Donegal coastline and the abundance of offshore islands. Wexford, specifically the Rosslare area, was the favored landing site for invading German forces. 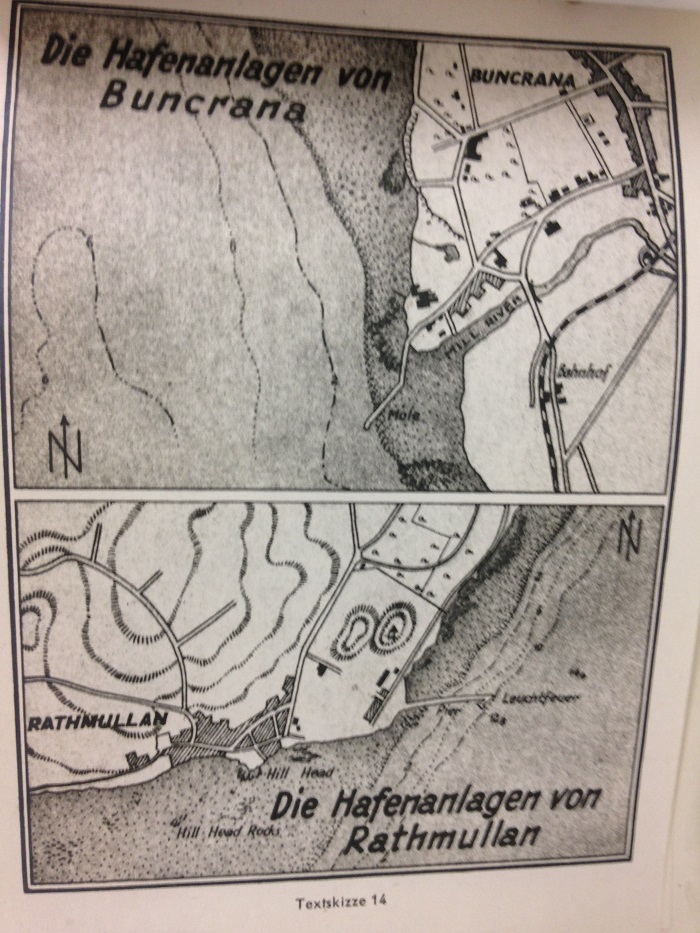 MAPS OF BUNCRANA AND RATHMULLAN HARBOUR

To find out more about this fascinating piece of Irish history you can listen back to Myles Dungan’s History Show on RTÉ Radio One's from Sunday, April 26. It can be accessed at www.rte/thehistoryshow.
Marc's book, Codebreaker, which covers in detail the history of this period, is available from Novel Idea, Ballyshannon as well as online and all other good book shops including Four Masters book shop.