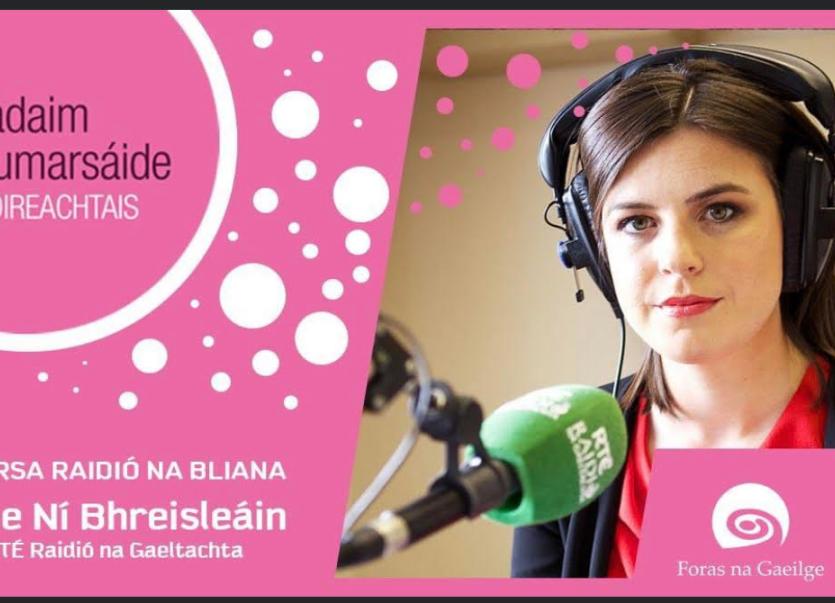 Each year, Oireachtas na Gaeilge award people for their outstanding, talents, merits in their given industry.

Áine began her career in TG4 and in recent years began working with Raidió na Gaeltachta where her show Bladhaire is an outstanding success.

Former Raidió na Gaeltachta presenter, Áine Ní Churráin was awarded the Lifetime Achievement Award by Oireachtas na Gaeilge following a career which spanned four decades. The Gaoth Dobhair lady began working with Raidió na Gaeltachta in 1980. Her first live interview was with Joe Steve Ó Neachtain at Oireachtas na Gaeilge so it is exceptionally fitting that she is a recipient of the award. Her first show was Líon Tí and in later years she presented Barrscéalta. Her show was a favourite with people across the county and country.

Highland Radio's Ruaille Buaille, which is presented by Colm Ferriter won Clár Gaeilge na Bliana ar Raidió Tráthtála. Colm took over the reigns on the show a few years ago and his show often includes, music, song, writers and a wide array of interesting features. The show has gone from strength to strength.