Productions from a Donegal cultural centre getting worldwide attention 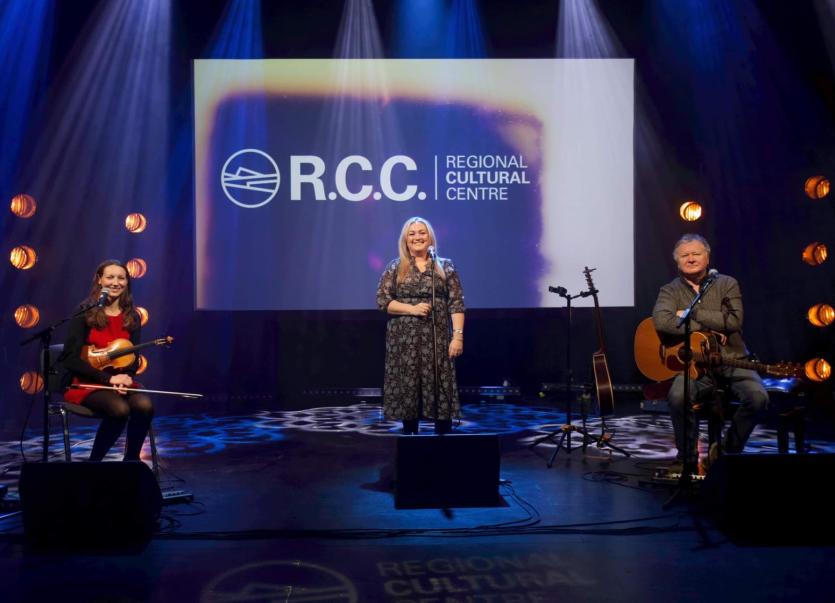 World-renowned festivals are availing of the Regional Cultural Centre’s expertise and facilities to contribute to their international programming.

Highly-respected artists from the Irish traditional and folk music scene who recently recorded sets at the Letterkenny centre are premiering in the US this weekend.

The North Texas Irish Festival (NTIF) will feature for the first time a nine-hour concert livestream from the RCC on Sunday,  March 7, from 12noon to 9.45pm GMT.

Produced by Inishowen-based company Macruari Audio, alongside the RCC, the programme will be presented by TV personality, and Letterkenny native, Micheál Ó Ciaraidh.

The event will be headlined by Donegal’s own Altan, while other featured performers include ZoDoMo with button accordion master Máirtín O’Connor, fiddle player Zoë Conway and guitar and bouzouki player Donal Lunny, and Dermot Byrne with Steve Cooney.

General Manager of the RCC Jeremy Howard said the centre’s online presentations over the past year have attracted a lot of attention, both at home and abroad.

“The past year has been a learning experience for everyone and we at the RCC have spent a lot of time bringing our filming projects to the next level,” he said.

“Our in-house productions have kindly received a lot of praise and we started assisting other organisations with film projects.

“A Mairéad Ni Mhaonaigh concert the team filmed for our colleagues at An Grianán Theatre has even attracted the attention of Irish language national broadcaster, TG4, and other festivals and cultural organisations who will broadcast the concert as part of Seachtain na Gaeilge.

“More recently we also recorded west Donegal singer Diane Cannon for Glasgow’s famous festival, Celtic Connections, and it is great for us to be forming bonds with such internationally-renowned festivals across the globe.

“The RCC, which is supported by Donegal County Council and Arts Council Ireland, continues to support the community through various means and initiatives, while also supporting the arts, and we look forward to presenting a lot of exciting projects in the near future.”