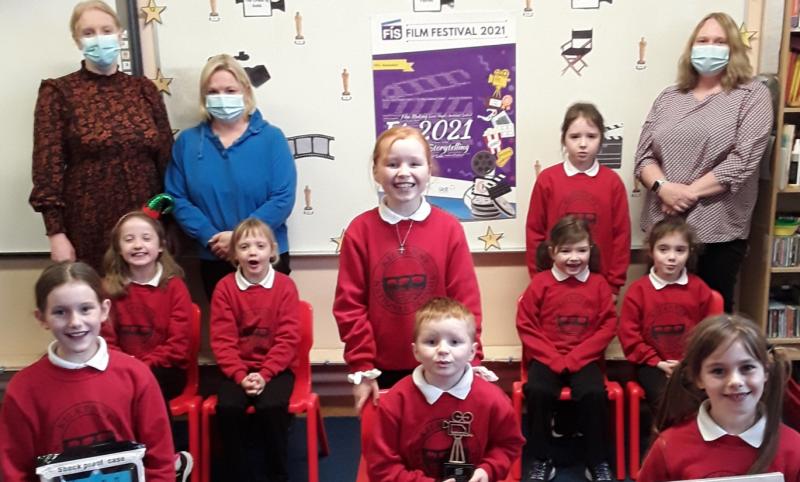 Students from Kilkenny National School were delighted to won Best Newcomer in the Fís Film awards this year. Students who from junior infants to second class participated in the Teacher Artist Programme which was run by Donegal Education Centre last year.

Students and teachers were partnered up with Carrickfinn Ceramist Kim Sharkey. Lessons with Kim were on zoom due to the pandemic. During the programme two projects came to fruition. In the first project the children, using clay made cups and plates for Santa. The children really enjoyed working with clay especially when the cups and plates were fired in the kiln. Kim sent us photos of the kiln process.

The second project was making an Animation Movie which was based on the 1937 Kilkenny Folklore Collection. The children made three short movies, Maria and The Fairies, The Crock of Gold and The House of Stones. The children wrote their scripts, developed and created their characters using clay, designed and made their sets for each scene, recorded voiceovers for each character and shot their films. At the end of the Animation process they entered the film into the Fís Film Project Competition. The film was shortlisted for the Fís Film Final Awards and was broadcasted live recently. They were nominated in three categories Animation, Best Junior Film and Best Newcomer.

The school won an Apple IPad for the school to help them make their next movie. Everyone enjoyed the film making process and they cannot wait to make our next movie. Those at the school would like to thank Kim Sharkey for all her help and direction in film and ceramics and also to Donegal Education Centre for running the TAP programme.