1916 education pack praised as example of what can be done 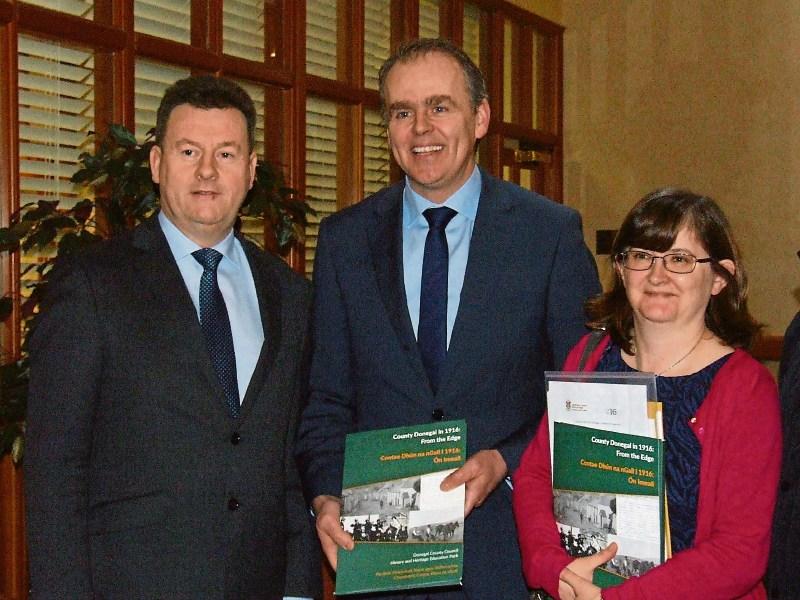 The 1916 history and heritage education pack, “County Donegal in 1916: From the Edge”, is “a great example of what can be done with very little resources”, John McDonough, director of the national archives, said after Monday’s launch.

In remarks to the launch audience Michael Starrett, chief executive of the Heritage Council, said, “If Donegal can do this, every county in Ireland should be doing the same.”

The education pack includes a 64-page booklet that provides an overview of life in Donegal as well as major events affecting the county’s people in 1916. Also included are 19 high-quality facsimiles, copies of original documents and photos that relate to sections in the booklet, along with suggested discussion questions on each.

Speaking after the launch, Mr McDonough described the preservation and curation of records as a “moral imperative” and said there was a need to fund local authorities’ archive services, to ensure local artefacts remain in the care and custody of the local authority.

The education pack was produced by Donegal County Council’s County Archives, County Museum, County Library and County Heritage Office and part-funded by the county council and The Heritage Council. It is an action of the County Donegal Heritage Plan.