The Factory Girls is a fitting tribute to the suffragettes 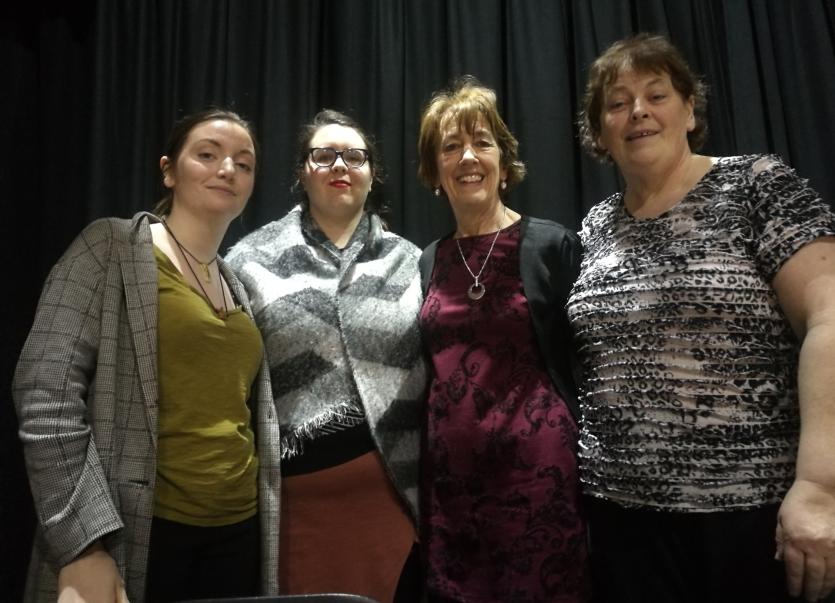 “The Factory Girls” by Donegal playwright Frank McGuinness is coming to the Glens Centre Manorhamilton for a four-night run from March 21st to March 24th.
The Factory Girls by Frank McGuinness could be described as a fitting tribute by Splódar theatre company to mark the hundred years since the start of the movement that saw some women gaining the vote.
The five female characters are the main protagonists of the play, colleagues in a Donegal shirt factory faced with the threat of redundancy. They decide to take matters into their own hands and stand up against powerful odds.
For it was to be his first full-length play in 1982. The playwright drew inspiration for it from what he knew best, his working-class roots in Buncrana, his family and particularly his mother.
Mc Guinness recounts in an interview how his mother “ a very bright articulate’ woman was forced at 14 years of age to go into a shirt factory” Likening it to going into “a Victorian Mill’. Her future as a woman was already determined.
“This brilliant girl had to go in there, and to be treated so badly by other people who had been treated badly passing it down, and knowing that was it.”
But the women in his family including his mother never caved in nor gave up with such lack of control over their circumstances. It was from this kind of female resilience he witnessed in his own life that he drew upon for this play and many others. “The female force in my plays are enormous,” McGuinness proudly says. His mother he recounts was an “extremely funny, extremely brave individual, and would take on anyone” It’s not hard to spot her character personified in Eileen Slevin's character Ellen within “The Factory Girls”.
Mc Guinness says: “I’ve always accordingly associated women with independence and the fight for independence, of isolation and escape from it”
For Splodar according to Prin Duignan who directs production, it is a play that they are “delighted to produce to mark the year”.
It was the first play that Splodar ran when they started as a fledgling group back in 1997 and have decided to revisit it.
For the women characters of the play Duignan portrays their struggle “Women were up against it” he says. “They had to work their fingers to the bone, it was like slave .”
Reflecting back to the play's relevance to the 100 year anniversary he explains that in “The Factory Girls” and for many women in that time. “Women had no control in the outside world and had to find “power from within themselves”
Whilst there has been movement since with the right to vote, discrimination remains . For the factory there is nowhere to go, even the structures there to support them are infiltrated.
The play stars Eileen Slevin as Ellen, Sheila O Keeffe as Una, Treasa Nealon as Vera, Sarah Ferguson as Rebecca, Kaytlin O Hara as Rosemary, Darragh Heraghty as Rohan, Dave Mc Avoy as Bonner.