As the sun beamed down on the palatial wooded grounds of Lough Eske Castle Hotel last Saturday afternoon staff were tight lipped as to the presence of the thickly woven red carpet on the steps of the hotel and the awaiting chilled buckets of champagne.

As the sun beamed down on the palatial wooded grounds of Lough Eske Castle Hotel last Saturday afternoon staff were tight lipped as to the presence of the thickly woven red carpet on the steps of the hotel and the awaiting chilled buckets of champagne.

Glasgow Celtic’s Paddy McCourt has been well known to tying defenders in knots with his adept skills however it was the former Derry City star who was left dazzled last Saturday by his childhood sweetheart Laura Hegarty as the couple celebrated their wedding at the prestigious Lough Eske Castle outside Donegal Town.

The couple were married in Our Lady of Lourdes Church in Steelstown in Derry and were immediately whisked away by limousine to the hotel in Donegal which has played host to many celebrity weddings but is well known for its discretion and privacy.

As the couple arrived at the entrance of the hotel, the Donegal Democrat was the only newspaper allowed to take a number of photographs by the happy couple as a general media ban had been established to ensure the couple’s privacy.

The previous long - haired midfielder was sporting a brand new haircut in keeping with the importance of the occasion as he emerged from the limousine joking, “Yeah, it was a little bit longer the last time down in Dungloe!”

His new wife, Laura looked absolutely stunning as she was whisked off by the hotel’s wedding co- ordinator to the award winning Spa Solis with her bridesmaids where they had their make-up touched up by the experts staff.

More than two hundred guests where treated to a champagne reception on arrival at the castle and many took advantage of the fine weather to explore the hotel’s stunning grounds.

Fellow Celtic winger and Northern Ireland team-mate Niall McGinn was among the guests, along with former Bohemians and Dunfermline boss Stephen Kenny, who managed McCourt at his previous club Derry City.

Many familiar faces who have graced the playing fields of the North West and further afield were present at the reception including his team mates Mark Wilson, Darren O’Dea and Niall McGinn.

Other familiar faces included the new face in the Republic of Ireland goals, David Forde who kept a clean sheet against Italy last week and former team mate at Derry City, Peter Hutton.

A notable absentee was team boss Neil Lennon a frequent visitor to both Bundoran and Dungloe. There had been speculation that he had been advised not to travel because of security reasons but a Celtic source firmly denied this telling this newspaper, “People will probably be trying to read into Neil’s absence but there is absolutely nothing sinister - he is simply abroad enjoying a well deserved holiday.

“Anybody who thinks that Neil’s security would be compromised in Donegal needs their head examined!”

The celebrations continued well into the early hours and the following day.

The guests were entertained by an array of local entertainment and there were rumours that one of the invited guests, a certain Paolo Nuntini, a friend of McCourt’s might be persuaded to sing a few bars.

One of the guests told this newspaper, “I have heard that he has been invited - quite honestly I wouldn’t recognise him if I saw him but I love his music. It will be great if he dies give us a few tunes!”

Throughout the weekend the staff at the hotel were totally secretive about the wedding but the tasteful green and white hooped ribbons which decorated the entrance to the main banqueting suites were a definite giveaway to any casual visitor. 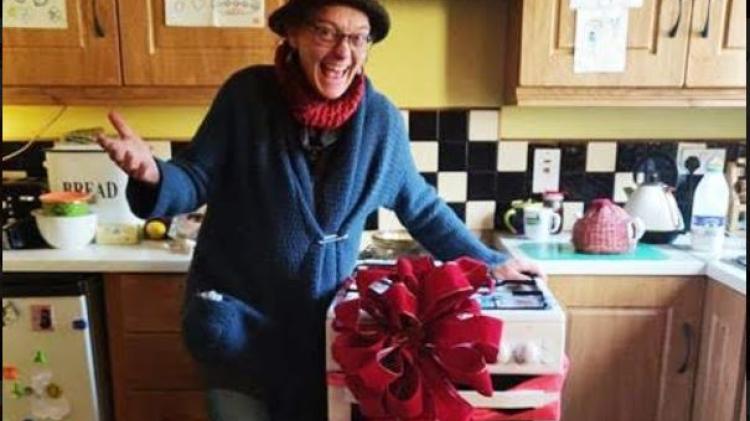