Borderline Players present It Runs in the Family 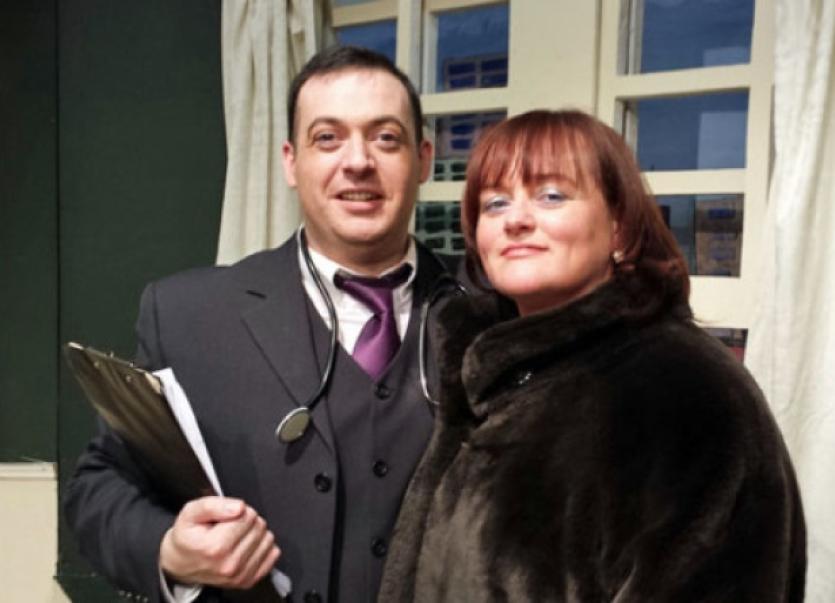 Following the success of last year’s hit show, Cash on Delivery, Pettigo-based, Borderline Players are back on stage this month with the Ray Cooney comedy It Runs in the Family.

Following the success of last year’s hit show, Cash on Delivery, Pettigo-based, Borderline Players are back on stage this month with the Ray Cooney comedy It Runs in the Family.

Arriving in the Abbey Centre, Ballyshannon this Saturday, June 8, the production will be one of the group’s most ambitious to date, with a series of eight performances in seven venues across, Donegal, Derry, Leitrim, Fermanagh and Tyrone.

The comedy centres on the exploits of the doctors and nurses at St Andrew’s Hospital. The lead character, Dr David Mortimore, has his world turned upside down on the morning of a key speech when the surprise return of former flame, Jane Tate, brings unexpected consequences for the physician. The chaos is compounded by the visit of a Police Sergeant, preparations for the hospital’s Christmas pantomime, a cantankerous hospital chairperson and a series of unfortunate misunderstandings.

The show is something of a return to its roots for Borderline Players, who first performed it, their first full-length comedy, in December 2003.

While audiences will remember some familiar faces from last year’s production, the group this year have been joined by three new members. Ederney’s Aiden Gilroy, Killian McGloin from Belleek and Bundoran’s Jayne Orr are among the cast and the group is delighted to welcome the new additions to the fold.

As a thank you to those who have given the group so much support over the past few years, Borderline Players will organise a special fundraising raffle at each performance and proceeds from the raffle at the Ballyshannon performance will be donated to the local hospice.

This entertaining production promises a evening filled with laughter, perhaps a few tears, and plenty of surprise twists and turns in this frantic comedy.

The curtain lifts at 8pm on Saturday , with doors opening at 7:30pm. Admission for the opening night is €10/€9 students/seniors. Tickets can be reserved by contacting the box office on 071 98 51375.

Borderline Players will also take to the stage in the Strule Arts Centre, Omagh on Friday, June 21, the Playhouse Derry on Saturday, June 22 and the Ardhowen Theatre, Enniskillen on Friday and Saturday, June 28-29.