Bundoran RNLI Soapbox Race is back! 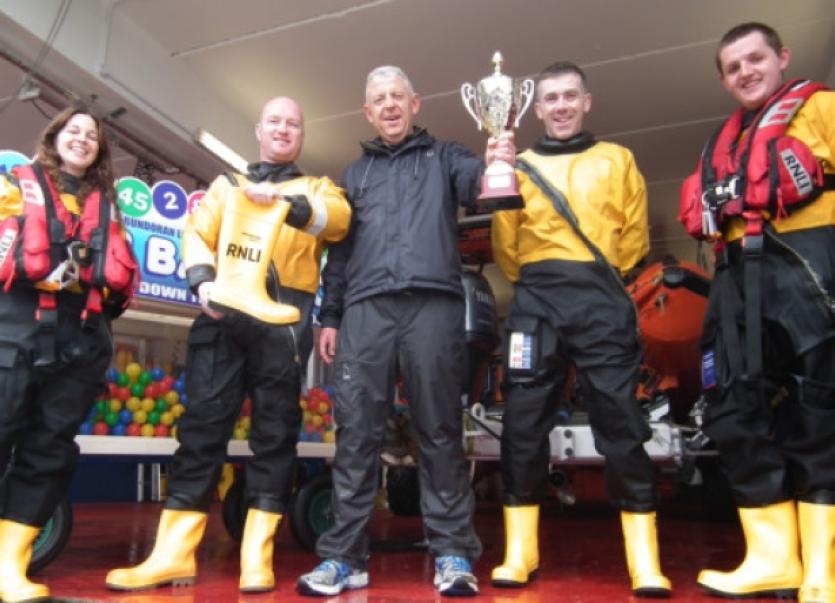 Following its successful inaugural run in 2012, the Bundoran Lifeboat Soapbox Race returns for its second year on Sunday the 2nd of June, at Astoria Road in Bundoran where last year’s winner Ogie O’Kelly will be fighting hard to retain his title!

Following its successful inaugural run in 2012, the Bundoran Lifeboat Soapbox Race returns for its second year on Sunday the 2nd of June, at Astoria Road in Bundoran where last year’s winner Ogie O’Kelly will be fighting hard to retain his title!

The event this year will be run as part of the RNLI’s national Mayday fundraising campaign which is proudly supported by John West, and promises all the thrills and excitement experienced last year by over 2000 people gathered on Astoria Road on the June Bank Holiday Sunday. Once again soapbox enthusiasts from all over the country will be taking part with significant interest already from competitors both near and far. Registration is now open for the event and it’s expected that the competition will be fierce on the day.

One of the popular elements of last year’s event was the ball race which once again returns this year. Each weekend over the month of May the balls will be sold at outlets in the area for and on June 2nd, 3000 balls will be dropped from a cherry picker down Astoria Hill and the first one through the funnel will win the grand prize of €1000 cash.

Event organiser and Bundoran RNLI Volunteer Fundraiser Cormac McGurren said ‘registrations started coming in at the end of January so we know that this year’s soapbox race is going to be bigger than last year’s already – such is the interest and the enthusiasm to grab the title from Ogie! Alongside the dinner dance this is our biggest fundraiser of the year and it is one that all the family can come and watch for free on the day and have an enjoyable day out. We’re looking forward to a fun day on June bank holiday Sunday and would encourage anyone thinking of entering a soapbox on the day to register online now!’.

The soapbox race will form part of “Bundoran’s Big Weekend” across the June Bank Holiday weekend being promoted by Discover Bundoran which sees The Belle of Bundoran happen on the Friday night, Waterworld’s annual charity day on the Saturday and the Soapbox Race on the Sunday. Bundoran Tourism Officer Shane Smyth said ‘we are delighted to see the soapbox race return once again on the June Bank Holiday on what is turning out to be a very busy weekend for events in the town – it certainly will be a family fun weekend!’

Registration is open now at www.bundoranlifeboatsoapboxrace.com