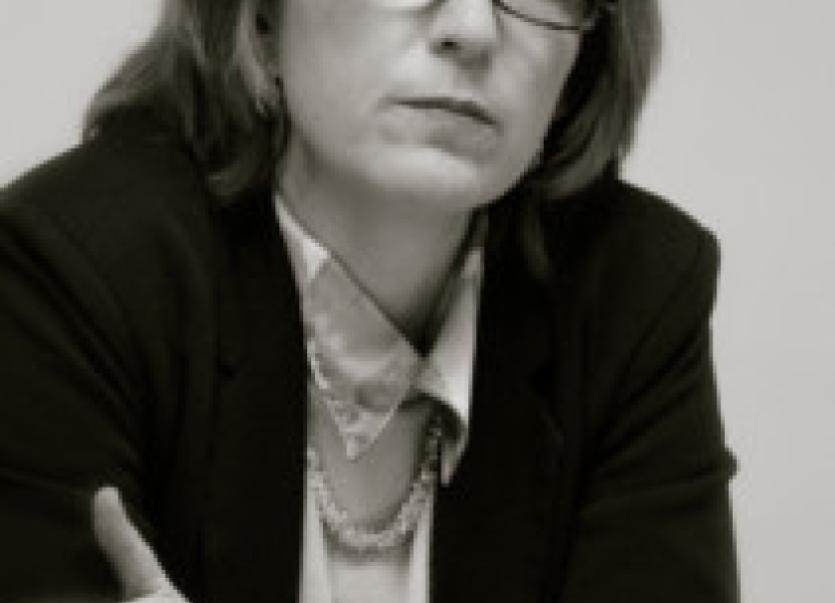 Anne McHugh is known equally well across Donegal in the world of education and amateur theatre circles.

Anne McHugh is known equally well across Donegal in the world of education and amateur theatre circles.

The Ballyshannon native is Principal of Errigal College, Letterkenny. She’s currently on secondment to Donegal VEC where she is working as Education Development Officer. In her spare time, Anne is an award-winning director with Ballyshannon Drama Society and she’s also directed shows for Ballyshannon Musical Society.

Born and reared on the Donegal Road in Ballyshannon, Anne was the middle of three children and the only girl. One brother, Declan, still lives in Ballyshannon while the other, Barry is based in the French city of Lyon. Their father passed away when Anne was very young. She attended Creevy National School where her mother Maureen taught.

It was the beginning of a lifetime spent in schools.

“I seem to have always been at school,” Anne laughs. “This was the first year I didn’t go back to school as a student, teacher or manager – it was a very strange feeling after so many years!”

Anne attended Sacred Heart secondary school. “I played piano and a bit of music generally. I was also into sport – athletics and basketball. Oddly enough, I didn’t do drama at school or college at all. That came along much later.”

After sitting her Leaving Cert in 1984, Anne studied Irish and Geography at UCD then completed an HDip at Maynooth.

Once Anne qualified, she set her sights on New York.

“That was just around the time of the last big recession so, along with a whole lot of other people from home, I headed off.”

She worked at a Catholic School in Yonkers, just north of the Bronx. She also completed a Masters in Education at Fordham Univerity. After three years, Anne returned home. “When I went over, I never planned on staying in the States, it was always my plan to come home.”

She worked as a substitute for the first year and then got a job at her old school, Sacred Heart in Ballyshannon.

“And that’s where everything started with shows,” Anne says. She joined Ballyshannon Musical Society about a year after returning to Donegal. She was the Secretary, in the chorus, danced in some shows and played a few major roles including Zeitel in Fiddler on the Roof.

Anne was also in the Musical Society’s Choral Group for many years.

“All during that time, I was also helping out with school musicals and then eventually I started to get involved in doing them as well.

“In those days, I would have been out every single night at rehearsals. There is so much happening in Ballyshannon. I don’t understand how people can say they’re bored. I used to play in the folk group at Mass too!”

In the early 2000’s, Anne took on a few small roles in one acts with the Drama Society. “The person who encouraged me a lot was Patsy Croal. He was really Mr Drama in Ballyshannon at the time, an adjudicator, actor, and director of the Premier Players.”

Meanwhile, Anne was making the most of the long summer breaks to indulge her other passion – travelling. “One of the stand-out trips was six weeks in China. Another was three months in South America. I also spent a summer in South Africa the summer after apartheid ended, doing a bit of voluntary teaching.

“In 2001, I took a six week leave of absence from work to go trekking in Nepal. It was the week after 911 and it was all a bit nerve-wracking travelling.

“When I came back to school, I started my MA in Drama in Education at Queens. I didn’t do much in the way of shows during that time because I was so busy.”

Sacred Heart closed in 2000, when Ballyshannon’s three schools were amalgamated and she worked in the Community School until 2004 when she took up the post of Deputy Principal at Crana College.

After two years, she was made Principal at Errigal College.

“While I was deputy principal, it was the time of the Celtic Tiger so there was plenty of funding to run programmes but the cuts have been coming in while I’ve been principal at Errigal College. We’re fortunate because we’re just finishing working on a new extension but it’s still a challenge, trying to do as much as you can with ever diminishing resources.

“One of the things I love most about being in schools is that you never know from day to day, what the latest challenge will be. Schools are always great places, very energising. It’s a very particular kind of energy that I don’t think you find anywhere else.”

Anne’s next big move was a personal one. In 2009, she married Tommy Greally and the couple settled in Ballybofey.

In 2010, Anne knew the Drama Society had a number of very gifted actresses and someone suggested to her that they do Steel Magnolias. The group took it on, intending to just stage if for local audiences in November. “The feedback was so positive, with people saying it was good enough to go on the circuit, so we decided we’d give it a go. We entered the Confined Section because it was our first outing and we didn’t know how we’d do. We won the All Ireland so now we’re in the Open this year, and I’m very happy about that. The cast are all well able for the Open.

They did The Memory of Water last year and are currently half-way through the circuit with Snake in the Grass.

The show took third place in Newtownstewart, the only result that’s in so far. Everyone’s pleased with how well the show has been going – the audience reactions and the feedback from adjudicators. The run finishes on March 23.

Anne says: “Getting to Athone would absolutely be the pinnacle, that’s the aim at the back of your head – the Mecca for drama people – but whatever happens we’re happy with the production.”

Anne started with the VEC in August. “I’m in a support role, helping schools with things like school self-evaluation, literacy and numeracy strategy, the new Junior Cycle, a restorative justice PEACE III project that we’re leading out, Continuous Professinal Development for teachers and day to day administration of education.

“It’s very rewarding, I’m really enjoying it a lot so far. It’s office based which is quite different and you don’t have the same degree of constant interaction with people. But the work is more strategic and it’s great to be able to focus on that.

“There’s also a lot of preparation to be done for the new structures coming in. The 33 existing VECs will be replaced by 16 Education Training Boards (ETBs). Donegal will still be on its own but FAS will be merging with us.”

Does Anne plan to direct any more plays this year? The next play might be in the autumn. But it most likely won’t be me directing. One play a year is just about as much as I can manage!”