Star studded line up for Ballyshannon 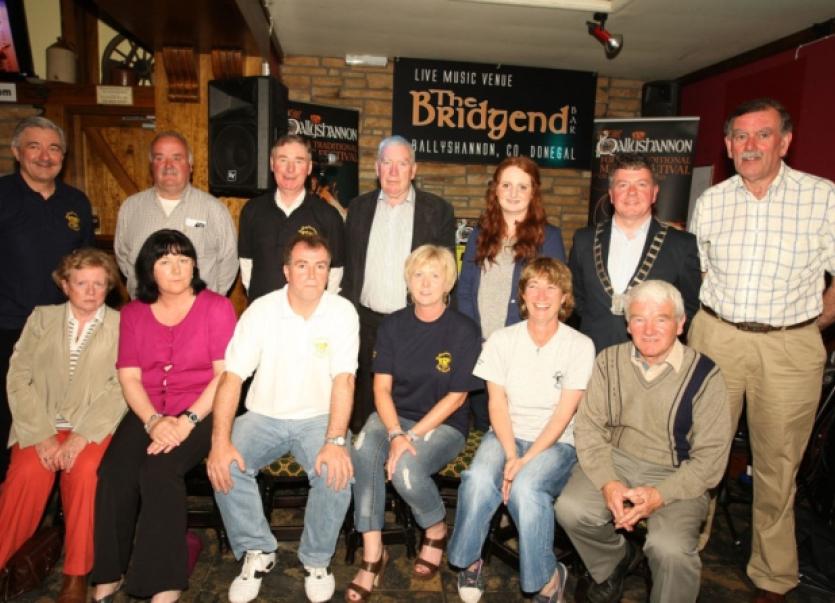 This sets the scene for what is indeed going to be a feast of Irish music song and dance over the August bank holiday weekend. Established as well as up and coming acts will thrill audiences at the nightly concerts in the Abbey Centre and the free open air gigs will draw large crowds to the Erne-side town.

Friday 2nd commences with a free open air concert at the Bridge End and the focus is on local talent as Seamus Sweeney and his young ensemble of gifted musicians take to the gig rig at 5pm followed by local ballad group Raglan Road at 6pm.

The focus then moves to the nightly concert at the Abbey Centre when the recently reformed Beginish share the stage with veteran musician and singer Andy Irvine.

On Saturday 3rd the street entertainment at the Bridge End (1:30pm) and at the Gables (4pm) will see a host of new and aspiring musicians and singer/songwriters perform as part of the annual “Showcase Gigs”. This popular talent competition comes with a prize of €1,000 and an opening slot at Sunday’s concert in the Abbey Centre.

Also on Saturday at 5pm Ted Hall will capture your imagination through the medium of storytelling at the newly established Ballyshannon & District Museum which is situated on the top floor of Slevins Department Store. This is well worth a visit.

The nightly concert at 8pm sees Declan O’Rourke make his first visit to the town. The Dublin singer/songwriter is a welcome addition to the bill and will be accompanied by the legendary Northern Ireland based and popular “traditional experience” that are Beoga.

Sunday 4th promises to be something special as the Gables will set the scene for an open air concert starting at 12:30pm with the final of the “Showcase Gigs” followed by another band recently reformed Goats Don’t Shave. The Donegal based band who are due to release a new album later this year will “let the world keep on turning” in the “Hills of Donegal” at 2pm. If this isn’t enough one of the most sought after bands currently on the scene The Rockhill Ramblers (5pm) will conclude this years “free” street entertainment. The Abbey Centre will again host the final nightly concert (8pm) featuring the winner of the “Showcase Gigs” followed by The Lost Brothers who are sure to prove therapeutic to the audience with their mixture of melodic harmonies and soothing melodies. The Bonny Men, a Dublin based band that are proving to be one of the most exciting and original traditional bands to hit the scene in recent times will conclude the line up for 2013.