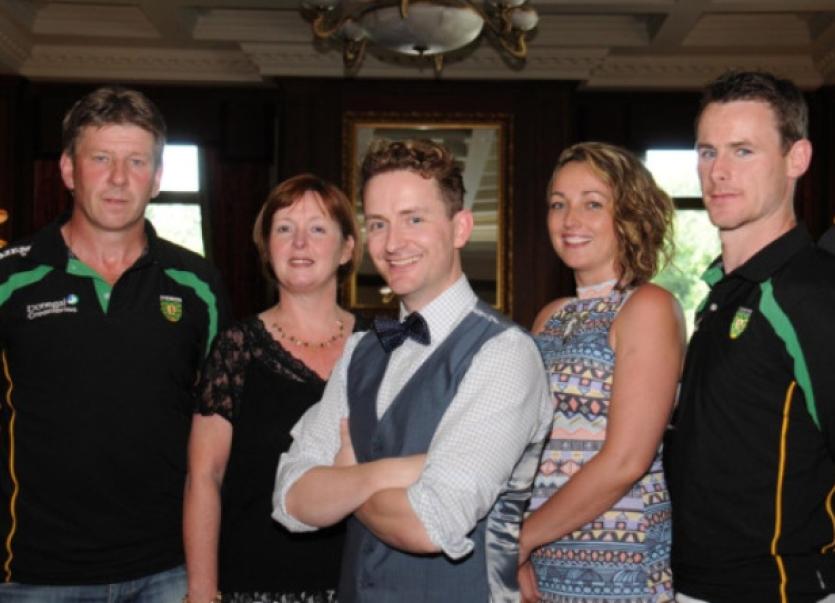 Master of Ceremonies for the event was Lee Gooch that was held in the Mount Errigal Hotel, Letterkenny on Friday the 19th of July. The event was in aid of the charity parachute jump over the August Bank Holiday weekend at Carrickfin beach in aid of a number of charity groups including SNAP, Special Needs Assessable Playgroup, MS Donegal, Little Angels and Temple Street Hospital.

Pictured alongside the host of the event is two of the couples taking part, Ray and Maureen Durack and Aine and Patrick Hannigan.

The Mr and Mrs night fundraiser is part of a range of events that culminates the parachute Jump involving over 300 people that takes place between the 31st of July and the 5th of August at Carrickfin.

Several couples took part in the Letterkenny event and it was great night of fun and laughter as they battled it out for the title of best couple.