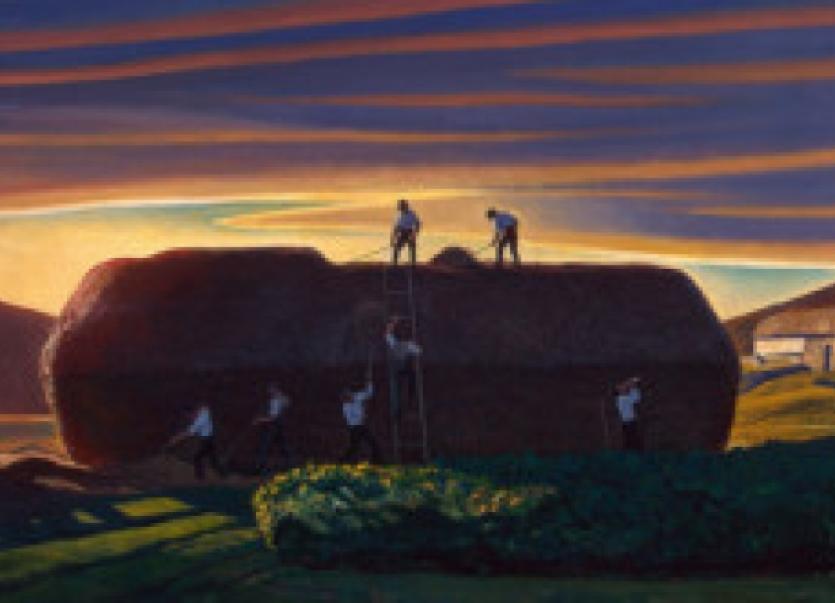 Historian Christy Gillespie will deliver a lecture on the rich history of Glencolmcille - The Valley of Kings - tonight at 7.30pm in Oideas Gael.

Historian Christy Gillespie will deliver a lecture on the rich history of Glencolmcille - The Valley of Kings - tonight at 7.30pm in Oideas Gael.

The talk, based on Christy’s eight years of research, is being presented as part of national Heritage Week. His fascinating findings will be going into a forthcoming publication that Christy is currently working on.

The following information gives you just a flavour of how much heritage and history can be found in the townlands around Glencolmcille.

The remote and spectacular valley of Glenlough forms a border between the parishes of Ardara and Glencolmcille in south west Donegal.

At its head is a glacial valley from which a river flows down the valley before dropping in a series of waterfalls out into the bay.

Guarding this valley is a series of large sea stacks including the biggest in Ireland known as the Tor Mór.

To gain entry into Glenlough takes an arduous hour and a half’s walk from the nearest road.

It is therefore somewhat of a surprise to find the ruins of two thatched cottages nestled in the base of the valley, surely the most remote dwellings in the island of Ireland.

Yet this valley boasts an illustrious past.

According to very strong and varied local tradition, it was in Glenlough that Prince Charles Edward Stuart or Bonnie Prince Charlie hid out after his failed uprising in Scotland before managing to escape to the continent aboard a French frigate.

Then, in 1926, the late great American artist Rockwell Kent spent a summer there while on honeymoon with his second wife. In the 1920s and 30s, he was the most saleable and prolific artist and illustrator in his homeland. While in Ireland, he completed some of what are now considered to be his best works.

Then, just nine years later, the Welsh poet Dylan Thomas was brought there by his literary agent Geoffrey Grigson in an effort to bring him as far away from the bright lights of Bohemian London as possible so that he could recuperate.

Little did he realise that he was bringing his protégé into the poteen making capital of Donegal.

Join us at Oideal Gael tonight for what’ sure to be an informative, entertaining and very enjoyable evening.