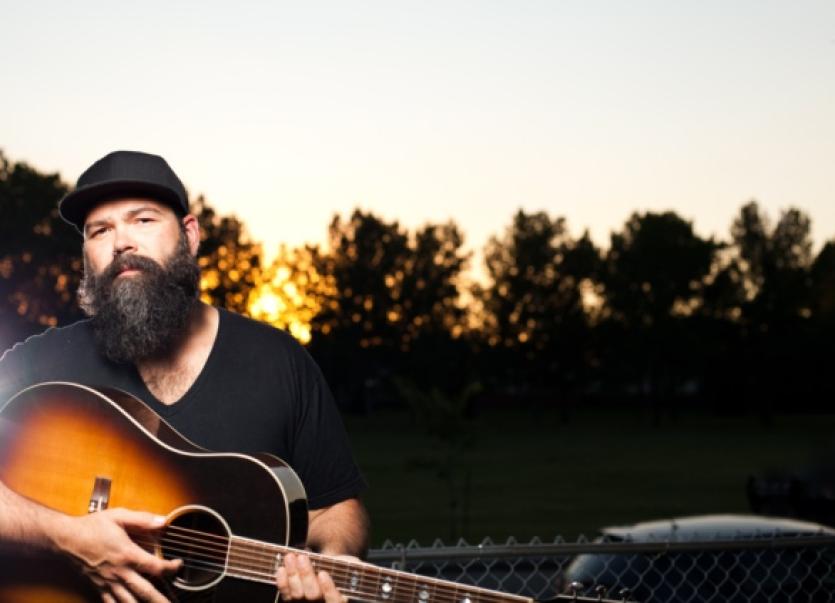 Derry is always a popular destination on Hallowe’en night and, as well as the usual festivities, Chic play at The Venue.

More good music at An Grianan tomorrow night (November 1st) as Liam O Maonlai and friends join The Brad Pitt Light Orchestra for The Tower Of Song – an evening celebrating the music of Leonard Cohen. Meanwhile, up in Derry, Teenage Kicks – A Punk Musical opens its run at The Millennium Forum. It’ll be there until November 9th.

Dublin Fringe Festival hit Solpadeine Is My Boyfriend is at An Grianan on Saturday November 2nd while hit comedy The Real McCoy returns to The Abbey Centre, Ballyshannon for a two night run (Saturday & Sunday).

The pupils of Gairmscoil Chú Uladh perform their school musical The Hills Are Alive at The Balor, Ballybofey next Tuesday and Wednesday. The Grease & Dirty Dancing Show performs the music of the hit movies of the same name at An Grianan on Tuesday while local performers Puddle Alley bring the Ray Cooney comedy Caught In The Net to The Alley, Strabane for a two night run – Wednesday 6th and Thursday 7th November.

For a couple of months now I’ve had a big red circle around November 7th on the calendar. Why? Because that’s the date that Cam Penner plays The Balor. I’ve rarely gotten as excited about as act as I did when I first heard Cam’s stuff – a dark raw folksy blues with some uplifting soulful highlights, sort of a cross between Ben Harper and Tom Waits. They’re two of my very favourite artists so that is the highest praise by comparison I can possibly give. There are soundcloud clips of tracks of his up on The Balor website so give them a listen to see what I’m raving about.

The man himself is quite a character with an amazing and colourful background. He left home aged 18 and ended up in Chicago where he spent 13 years serving first in homeless shelters, then in women and childrens shelters, youth shelters and detox centres. He kind of reminds me of the real life version of Steve Earle’s character in The Wire. They say you have to understand hardship to really play the blues – well, Cam’s songs have an outpouring of raw feeling no doubt moulded by his experiences.

Cam appears at the Balor accompanied by producer and guitarist Jon Wood – no mean operator himself. It’s going to be a great one. Cam Penner & Jon Wood play The Balor Arts Centre, Ballybofey next Thursday November 7th at 8.30pm. Tickets are €15 and are available from The Balor Box Office on 074 913 1840 or online at www.balorartscentre.com

The Letterkenny One Act Festival – a three day festival of one act plays – takes place later this month at An Grianan Theatre. The festival will be officially launched next Monday November 4th at 6pm. The occasion will be marked by an excerpt from Letterkenny Music and Drama Group’s award winning ‘The 39 Steps’ and the official launch itself with the customary speeches and refreshments will follow.

ll are welcome to the launch and, of course, to the festival itself which will take place from the 21st to the 23rd of November.

Darkly delightful comedy Solpadeine Is My Boyfriend - a one woman show performed by Stefanie Preissner - has moved and entertained people in theatres and on radio since its debut at the 2012 Dublin Fringe Festival.

It’s a tale about a new Irish generation. One who was promised everything. A life of financial stability and job security but instead find themselves queueing either at the social welfare office or the airport.

Now, I realise that the above synopsis might lead you to believe that this is a dark, depressing piece but nothing could be further from the truth. Solpedeine is a one woman tour-de force with writer/performer Preissner’s high octane performance broken up by moments of near stand-up comedy. It’s a piece that resonates with all Irish audiences but especially so up here in Donegal where literally everyone has been affected by emigration to one degree or another.

Solpedeine Is My Boyfriend is at An Grianan, Letterkenny this Saturday November 2nd at 8pm. Admission is €15 (€12 concession) and tickets are available from An Grianan on 074 912 0777 or online at www.angrianan.com

Set in 1964 in rural Ireland, the action centres on 68 years old Madge McCoy whose husband Tommy abandoned her 40 years ago, a mere five months after marrying her. Now he reappears – as suddenly and unexpectedly as he vanished. It’s a rip roaring laugh a minute comedy that’s been filling houses around the country. Indeed, this is a return trip to The Abbey for the play and, if the success of the first run is anything to go by, tickets for this run will be at a premium.

The Real McCoy is at The Abbey Centre, Ballyshannon this Saturday 2nd and Sunday 3rd of November. Phone 071 985 1375 for info and bookings.

The punk scene has been a recurring theme in 2013. First we had Gary Mitchell’s play Re-Energize, then we had Good Vibrations the film about Belfast record shop owner Terri Hooley. Well, all good things come in threes and now we have Teenage Kicks – A Punk Musical which opens at The Millennium Forum, Derry tomorrow (Friday November 1st).

Set in 1981, it tells the story of Derry teenager Jimmy McMurphy who escapes Northern Ireland by way of a student exchange programme to Iowa. School Principal Truman expects to host a war damaged refugee but instead finds himself dealing with a spikey haired punk intent on bringing a little anarchy to the Midwest.

Some heavy hitters have been drafted in for this production. It’s written by Colin Bateman (Divorcing Jack, Murphy’s Law) and directed by Des Kennedy (Once-The Musical, Vernon God Little). Throw in a cracking soundtrack with songs from the likes of The Undertones, The Buzzcocks and The Stranglers and it has the makings of a winner.

The Tower Of Song

One of the week’s more intriguing gigs takes place at An Grianan, Letterkenny tomorrow night in the form of The Tower Of Song: TheLeonard Cohen Project. It promises to be a great evening of music and song led by Liam O Maonlai of The Hot House Flowers joined by The Brad Pitt Light Orchestra plus singers David Blake and Hilary Bowe.

It’s a unique concert featuring exquisite Irish language versions of Leonard Cohen songs translated by poets Liam O Muirthile and Gabriel Rosenstock. Adding to the atmosphere will be screen projections of images of Cohen from throughout his career as well as artists impressions of the lyrics by Margaret Lonergan.

Featured songs include classics such as Bird On a Wire, first We Take Manhattan, Hallelujah, Famous Blue Raincoat and many more.

The Tower Of Song takes place tomorrow night (Friday November 1st) at An Grianan, Letterkenny at 8pm. Tickets priced €20 (€16 concession) are available from An Grianan on 074 912 0777 or online at www.angrianan.com