Singing though the nerves 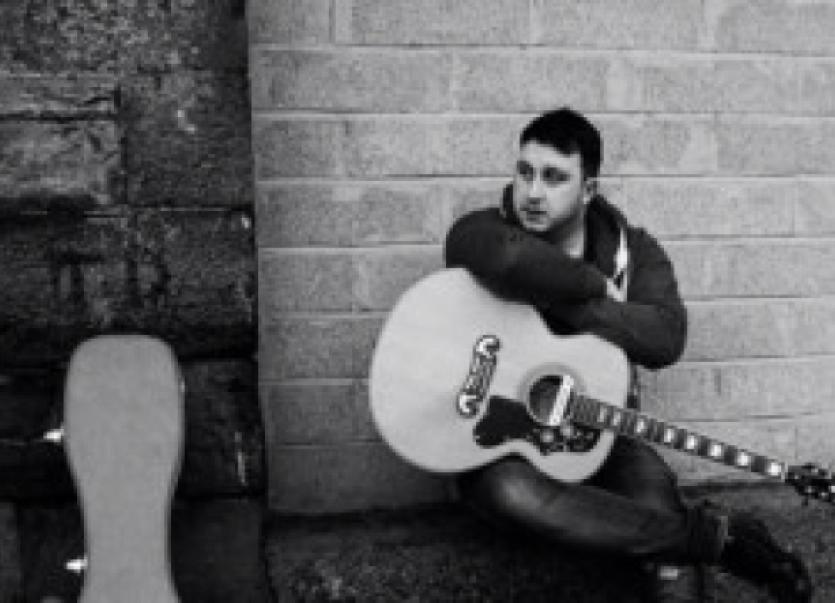 A passion for music led Craig McMorrow to pick up a guitar for the first time and it has also seen him win through to a successful appearance on the hit RTE show “The Voice”.

A passion for music led Craig McMorrow to pick up a guitar for the first time and it has also seen him win through to a successful appearance on the hit RTE show “The Voice”.

Well-known in the Donegal music scene, especially in the south of the county, Craig who hails from Rossinver in Co. Leitrim, is a regular face performing gigs in venues in Donegal.

The 29-year-old has been toiling away on his musical career since his early 20’s and now his efforts have paid off. Following a series of auditions saw him claim a prestigious slot of making a stage appearance on The Voice last Sunday evening.

Despite the nerves from friends and family, there was cheers and relief, when not one, but two of the celebrities, pushed their big red buttons when they liked what they heard.

With a brilliant delivery of the Ed Shearan song “Give me love” he made his mark and Craig says he is delighted to have been chosen to forge ahead in the hotly contested competition.

Craig is the son of Claire and Pat McMorrow, has one brother Emmett, one sister, Romi and his girlfriend Leeanne hails from Strandhill.

“It was very good. It was prerecorded so we watched it in a pub in Manorhamilton. There was a big crew of us and it was good craic.”

“A lot of my gigging would be based around south Donegal. I really enjoy it, playing in Ballyshannon and Bundoran, where I do a lot of my gigs. I’ve been gigging for years. I think I picked up the guitar first when I was 19 years old. I basically stated writing songs from around that age and quite quickly I got into gigging about two years after, playing local pubs and open mic nights. That helped get thinks going,” he explains of his early musical ambitions.

While he has a wide musical interest he went on to write his own material in a laid back style after he played with a number of local bands.

“I’m very much a singer/song writer, laid back and quite easy listen to but my influences come from everywhere. They vary, but I’m strongly influenced by Damien Rice and Dave Grohl so it on both ends of the spectrum.

“I played with a number of bands. a number of rock bands. I then moved to London for about three years. I was working part-time in bar and the rest was pretty much music. I was running open mic nights for a number of years and then I came back home. I started gigging again and then got back to writing again and then The Voice came around.”

Craig says he would not be the biggest fan generally of TV talent shows but says the format and prestige of The Voice makes it stand out as it is all about good music.

“It was just a case of thinking I’m 29 now and it is worth giving it a go now or never.”

Hence he began his road to the big TV stage last summer.

“I’d been trying to make for the last, well, for a long time. To be honest, I was always one of those people who was never really into talent shows at all. The only thing that drew me to a talent show was The Voice because other show seems so false to me. This is more real and a lot more about the music than about anything else. I know it is a bit of a cliché but I think its done for a genuine reason. My little sister was really the one that kept pushing me saying ‘go on and do The Voice’. She kept at me and I auditioned last August.”

This gentle nudge to get his act together, as it were, has just handed his career ambition a major step in the right direction and he is already turning heads with his unique style of performing.

“So far it has been amazing. Not in a million years did I think I would get this far. I went through or four audition before I got this one and every stage I get beyond this will be a bonus. I quite happy with what I have achieved, obviously I want to go on. I’d love to win the whole thing, but what I have done so far I’m very proud of.”

To have two of the judges hit the button was a delight for Craig and then began the dilemma of which coach to go with to help progress his participation in the show.

When it came to choosing a coach he was spoilt for choice between two chart topping singers, Jamelia and Cian Egan, but in the end decided it was Westlife’s Cain,from neighbouring county Sligo, he placed his faith in.

Since he performed he says he had been inundated with messages of support and well wishes for his future in the event. He says he is also now busy trying to prepare for what The Voice has in store for him in the coming weeks. One thing is certain is he has an awful lot to juggle to keep the show on the road for another while.

“It is a strange kind of feeling. You don’t know if you are wasting your time as it might not go anywhere, Its a weird one. It’s a case of doing rehearsals and preparations and were getting ready for the next round. We have to hook up with our coaches and we have to get paired up into our Battle Partners for the next round. So that is what we are doing now and getting ready to get it aired on TV.”

Where his appearance will lead him he can’t say but already the experience has been great, he claims.

“It does give you fantastic exposure. A lot more than I genuinely thought there would be, Since Sunday I have had almost 8,000 hits on YouTube with my song. The most I’ve had before was about 3,500 and that was with months of work, and this was over 48 hours,” Craig laughed. “Already you can see the little bit achieved out of it. That is the platform and you need to getting out there.”

Other plans for the future, after the show comes to an end, is to forge ahead with his material.

““The long term goal is to write my own album and get my own music out there. I love everything to do with the whole industry. I’d like to get into producing as well. Obviously I’d like to get my own stuff out there as well.” Craig’s next appearance on RTE’s The Voice is expected on March 2.