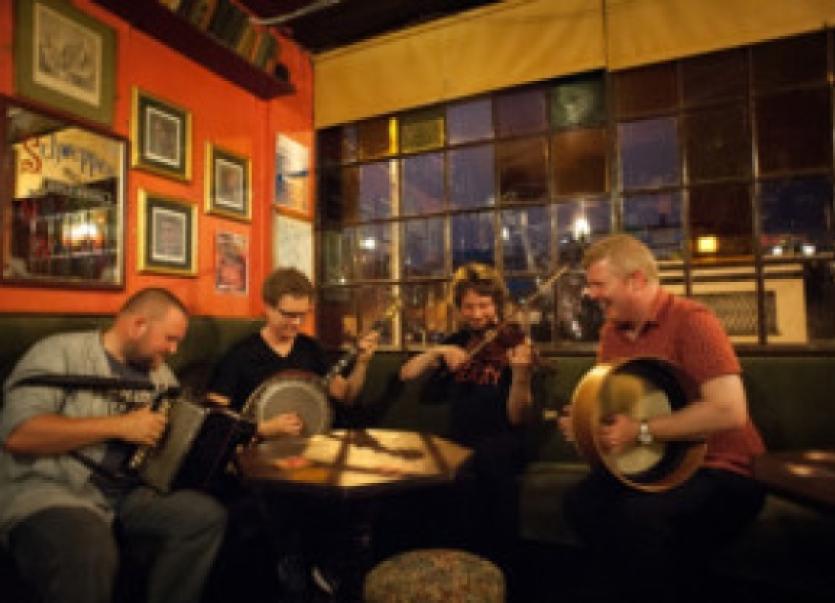 Mórga are stopping off in Dunkineely as part of their Irish tour to promote the release of their second album ‘For the sake of auld decency’ which was released over the Christmas period to widespread critical acclaim. This will be the only stop in the northwest for Mórga’s four members; Danny Diamond (fiddle), David Munnelly (Accordion), Dominic Keogh (Flute and Bodhrán) and Jonas Fromieser (Banjo and Bouzouki) with the rest of their tour stopping off in Dublin, Belfast, Westport (Matt Molloys), Galway and Limerick.

Kevin O’Donnell, a member of the local Coiste Chúltúrtha Dhún Cheann Fhaolaidh, said that “It is a great chance to see one of the top bands in Irish music at the moment in one of the most intimate venues in the county. It’s great to see bands like this choosing to stop off in Dunkineely as part of an Irish tour, and the bands themselves love coming here because the audiences are so warm, and the craic is always great.”

This is the latest in a string of highly successful concerts organised by the local committee over the past two years which has seen artists such as Gerry ‘Banjo’ O’Connor, Mairead Ní Mhaonaigh, Session Americana, FIDIL play to full capacity audiences.

Mórga will play there this Saturday night, 22nd February at 8 30pm sharp. Admission is 10 euros at the door, so all are advised to get there early to avoid disappointment! Check out their website at www.morga.ie.