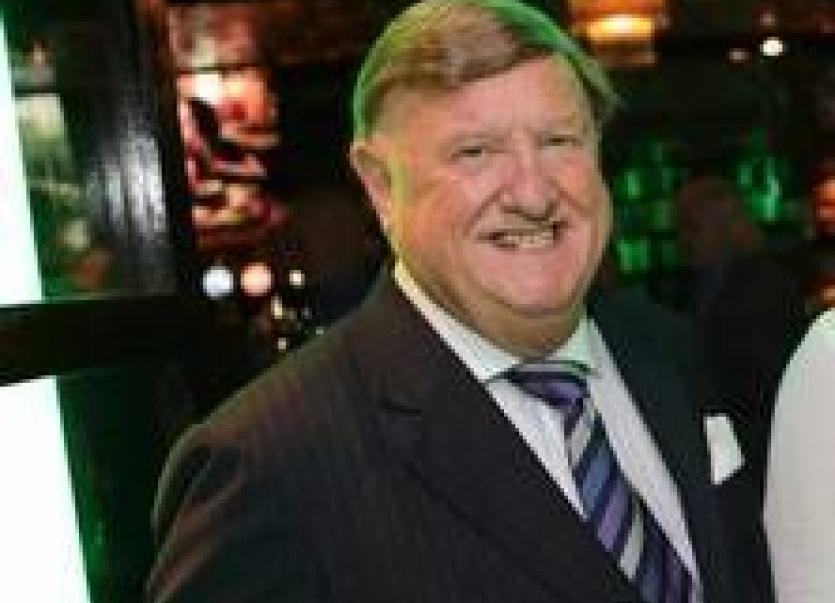 The Chairperson of the McGettigan Group, Jim McGettigan,  has been honoured with this year’s Lifetime Achievement Award at the Irish Pubs Global Awards which took place at Mansion House in Dublin on Tuesday night.

At the age of 14 years, he left school to work at a local pub, in order to help out with his family’s finances. He later secured a job working on board the Queen Elizabeth I (QE1) washing dishes, before becoming a waiter and working his way up the ranks. After eight years on the QE1, and upon meeting his wife in Southampton, he returned to Ireland and bought his first pub on Queen Street in 1964 and so, the first McGettigan’s bar was born.

Sarah Newman, of Irish Pubs Global said: "We are honouring a wonderful family man who as achieved so much in his career. Jim has made an extraordinary contribution to Irish and Global hospitality.”

Then in 1969, Jim purchased another building, which was in liquidation, and called it 'The Baggot Inn.' Few venues can boast such a colourful history and well known patrons. A young Bono was almost turned away from these world famous doors for looking under age, Tracey Chapman launched her career here. Bob Geldof begged for a month before he was given a gig. U2, David Bowie, Christy Moore, Thin Lizzy, Mary Coughlan and The Water-boys and all performed some of their best gigs within these four walls.

In 1978, Jim McGettigan bought his first hotel and continued to purchase properties and hotels for the years after. By 1995, he had six hotels and two bars. In 1999, he bought the three star Bonnington hotel in London and brought it up to 4 star hotel. In 2003 he bought the Cavendish Hotel in Eastbourne. In 2005, Jim purchased a piece of sand in Dubai, which became the Bonnington Hotel in Jumeirah Lake Towers, and which opened in 2009.

A family business from the start, the idea to establish a chain of Irish pubs under the family name, originated through the vision of Jim’s son, Dennis McGettigan. The first McGettigan’s Irish pub opened its doors in Jumeirah Lake Towers, Dubai in November 2010.

With the inaugural venue a success, the brand expanded further, with new bars opening across the UK and Ireland, the Middle East, Asia and USA. Seven years later and there are a total of 16 McGettigan’s pubs worldwide including the original Queen street venue, with a further addition opening in October 2017 in Dubai at The Hilton Dubai Jumeirah Hotel on JBR Walk and in the emirate of Al Ain and Ajman and one in Qatar. The Warehouse Bar + Kitchen opened in 2016 in Letterkenny and has won Best Newcomer at the prestigious Sky 2017 Bar of the Year Awards. McGettigan’s Dublin 9 opened last weekend with a star studded party.

CEO Dennis McGettigan said: “On behalf of myself, mum and my nine siblings, we are exceptionally proud of our father, Jim McGettigan. His achievements are incredible, he started out with nothing and now we have McGettigan’s pubs and hotels worldwide.”

McGettigan’s JLT in Dubai has been crowned Irish Pub of the Year at the Irish Pubs Global Awards, which took place at Mansion House in Dublin, Ireland last night.

McGettigan’s won awards for Best Food Experience – Best Gastro Pub for McGettigan’s Souk Madinat Jumeirah in Dubai, which is celebrating its first year of business this weekend. It is awarded to the Irish Gastro Pub offering the best overall gastro pub food experience, incorporating Irish food and recipes that are presented in a confident and contemporary way.

Proving that they have the best Irish pub grub in the world, Group Executive Chef for McGettigan’s Pubs worldwide, Sligo native, Derek Flynn, won the title Best Chef at the Irish Pubs Global Awards. Awarded to the chef who best demonstrates an understanding of traditional Irish food and has created an outstanding menu, which incorporates Irish dishes presented in a modern and contemporary style.

McGettigan’s Abu Dhabi have been crowned the Best Irish Community Pub in the world, which was awarded to the Irish Pub that excels in demonstrating a community experience in its local area, including hosting local events, getting involved in local initiatives and giving back to the community.

“To be awarded out of all the Irish pubs in the world is a great honour and is testament to our popularity as a brand.  McGettigan’s offers something for everyone, great drinks, and delicious food  as well as live music, comedy and sport. We are very proud of our staff and grateful to our customers, who have turned McGettigan’s into a household name throughout the Middle East and the rest of the world,” said CEO Dennis McGettigan.