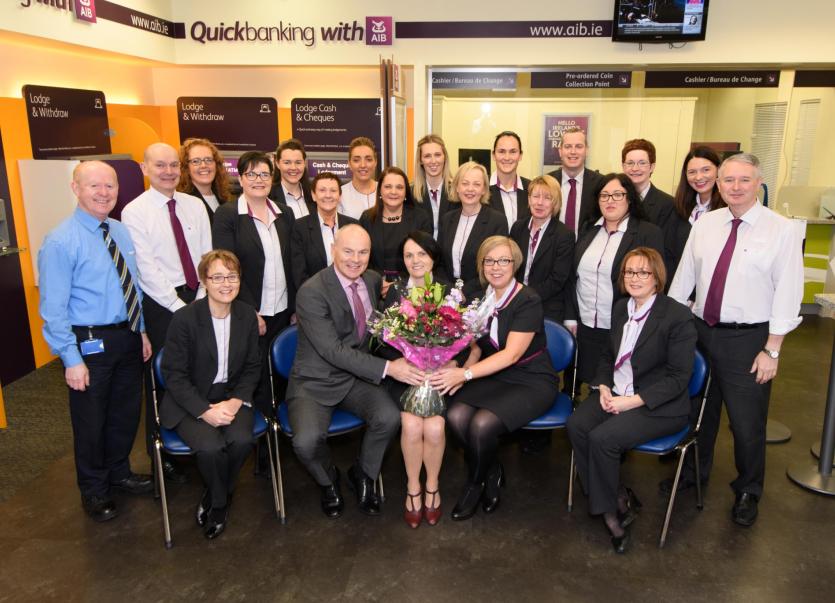 Tributes have been paid to Angela Kilgallen who has retired from her job with AIB Letterkenny after 35 years in the branch.
Originally from Skreen, Co Sligo, Angela began her journey with AIB Bank in the Dunfanaghy branch some 38 years ago.
She moved to the Letterkenny branch in 1982 where she was based for the past 35 years. Through her strong customer focus she became the “face” of AIB Letterkenny for many hundreds of AIB customers.
Angela is also very active in the wider community through her involvement in a range of charity and community groups, particularly Letterkenny Golf Club, Friends of Letterkenny Hospital and Donegal Hospice.
As her retirement approached many customers and colleagues shared stories of appreciation of the assistance and service that Angela so willingly provided.
Angela was moved by the high esteem in which she was held and by the many tokens and presents that she received from colleagues and customers alike.
Angela has contributed a significant part of her life to AIB and her commitment and customer service delivery will not be forgotten.
Her former colleagues offer Angela and her family every good wish as she embarks on the next chapter of her life. 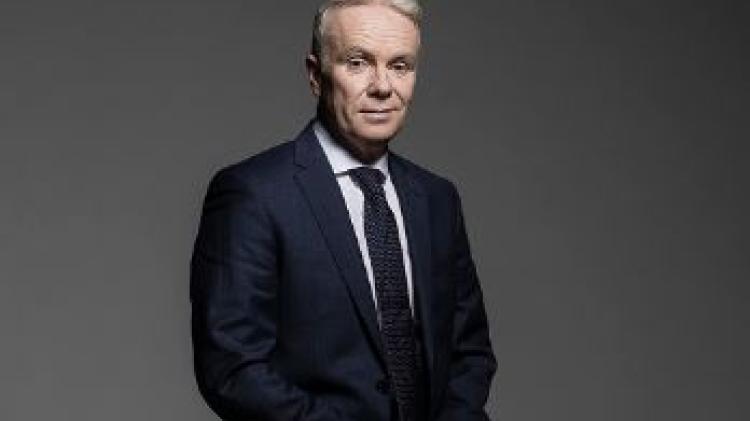