Ballybofey's WW1 soldier who came back from the dead 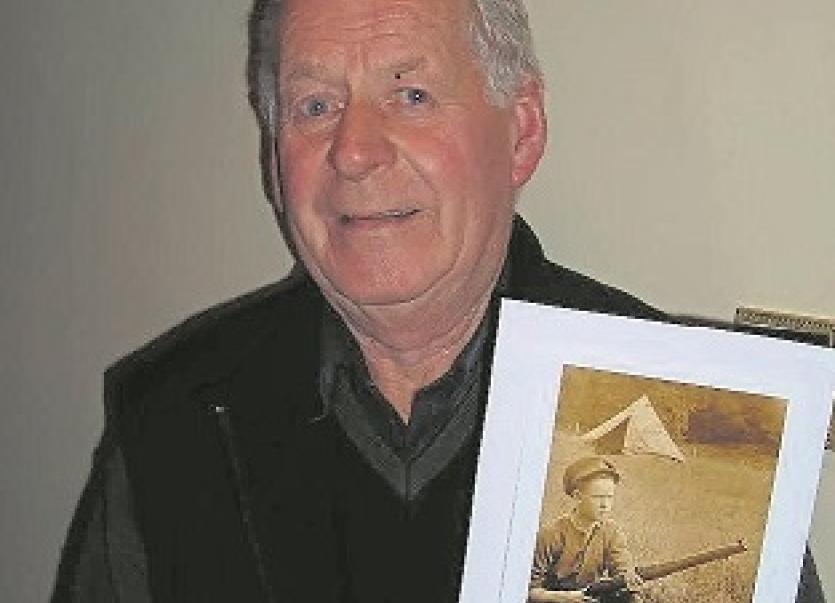 One of the most remarkable stories to emerge from Donegal’s involvement with World War I is being recounted in the Twin Towns this week, the 100th anniversary of a man coming home from the war.
It’s the tale of a Ballybofey man who was missing, presumed dead, who walked into the family home two years after the war was over. He caused his poor mother to collapse.

Michael Duffy, who lived most of his later life in the Ard McCarron in Ballybofey, joined the Royal Inniskilling Fusiliers to fight with the British Army at the tender age of 19.
He came from a family who farmed a small holding at Cappry on the outskirts of the town before moving to Ballybofey’s main street to live in a house where the ‘Just Inn’ restaurant stands today.
His son Barney, who lives at Millbrae, Stranorlar, said his grandmother, Susan, had received a telegram from the authorities telling her Michael was missing and presumed dead somewhere in Belgium.
She naturally assumed this to be the case and even had him prayed for at the local church.
Like many young Irish men of the time who fought in the campaign, his remains were never found or if they were, had been buried where he had fallen.
But Michael was one of the ‘lucky’ ones.
Barney takes up the story: “It transpired that my father was one of the lucky ones. He was taken prisoner and transferred to Germany.
“When he got there the prisoners were being categorised. There was an English man in the line in front of him. He told my father to say he was a farmer in Ireland and if he did so he would be posted out to do farm work rather than be placed in prison.
“That was actually no lie as my father was reared on the farm at Cappry and did all the normal farm work when he was growing up. He was placed in a farm in Germany and was treated very well. He worked on the farm with two big white horses and the only way one would have known he was a prisoner of war was that his hair was cut in strips rather than conventionally.”
Barney added that when his father got home he did not talk about the war much but did relate some stories of his time in the trenches. He preferred to talk about his time on the farm.
“He received shrapnel wounds to the leg but it never bothered him in later life,” he said.
And what about that surprise homecoming!
“My father got off the train in Stranorlar after making his way home from Germany. My grandmother saw him walk in the door with his haversack on his back and she looked at him then collapsed on the floor.
“I can’t imagine how she must have felt after believing him to be dead for two years. I’ll bet she could not believe her eyes but at the same time it must have been a tremendous feeling to see the son she believed to be lost actually standing in his own home,” said Barney.
Medals and ribbons of valour presented to Michael for his bravery during the war are still in the possession of the Duffy family and will be especially treasured this particular week.