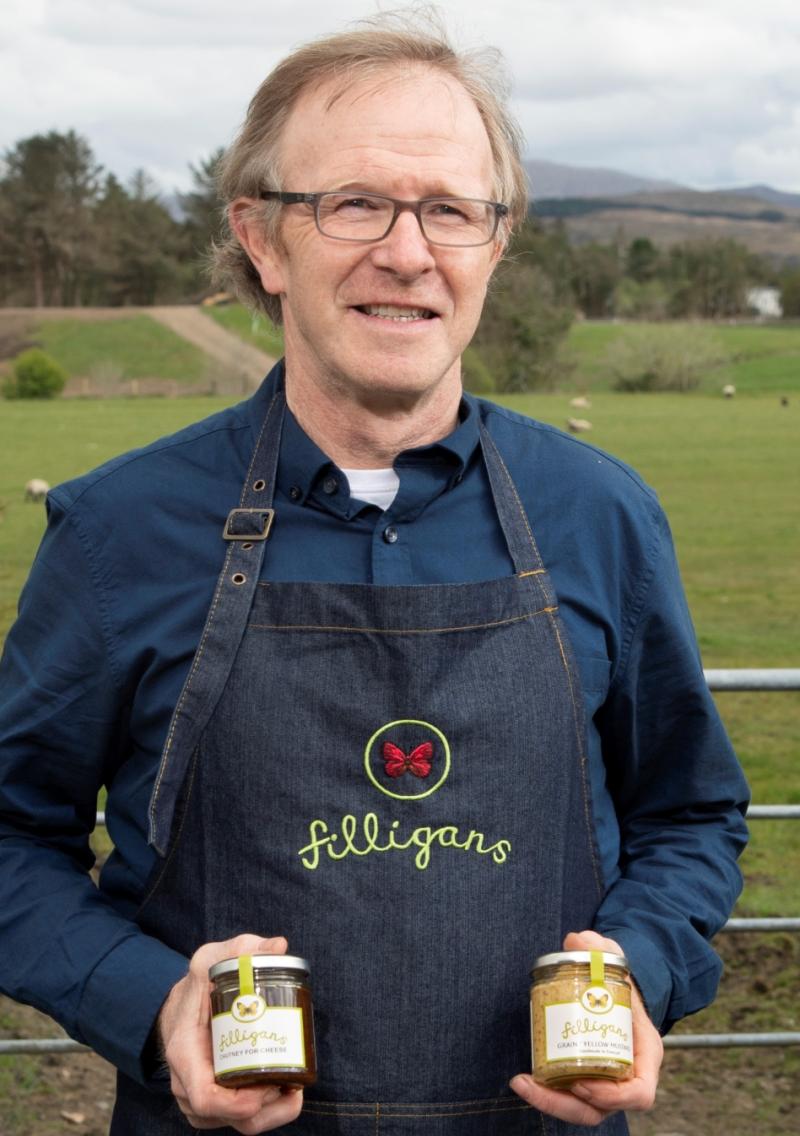 A Donegal artisan food producer has made it to the final of two major Irish awards
Filligan’s is in the finals of Blas na hEireann Irish Food Awards and the Irish Country Magazine Irish Made Awards.
The Glenties based company has been making award-winning preserves, marmalades, mustards, relishes, chutneys, dressing and oils for 25 years and the range now includes 60 different products.
Filligan’s Grainy Yellow Mustard, Sundried Tomato and Balsamic Mustard and Irish Wholegrain Mustard have been shortlisted in this year’s Blas na hEireann Irish Food Awards. While Filligan’s is no stranger to the hall of fame, director Willie Cremen,, says it’s a great honour to be recognised at a national level:
“The Irish Food Awards is the biggest competition for quality Irish produce, so we’re thrilled to have three of our mustards in the final. We are always looking to improve our range, particularly with new product developments that meet the demands of new tastes. Our Sundried Tomato & Balsamic Mustard is hugely popular for crafted sandwiches as well as a marinade for meat for those barbeque days. We’re looking forward to hearing the results on October 2 and hopefully, the whole team will be celebrating.”
Filligan’s is the only Donegal company to reach the final in the Irish Country Magazine Irish Food Awards. The annual awards promote and champion Irish makers and producers and Filligans was announced a finalist in the Food Category last month with voting open until October.
Set-up in 1997 by Sara and Philip Moss, the Filligan’s food story continues to grow year on year. Starting from the family kitchen making private-label preserves, chutneys and relishes for a Dublin craft shop, the Filligan’s range is now stocked in various delicatessens, craft shops, delis, restaurants and stores around Ireland.

In late 2020, the company began to export its mustard range to the east coast of America and this year the artisan business was accepted onto the SuperValu Food Academy Programme which saw seven of its products rolled out locally into the seven SuperValu stores across Donegal.