From artisan crafts to shops and experiences, there is something for everyone 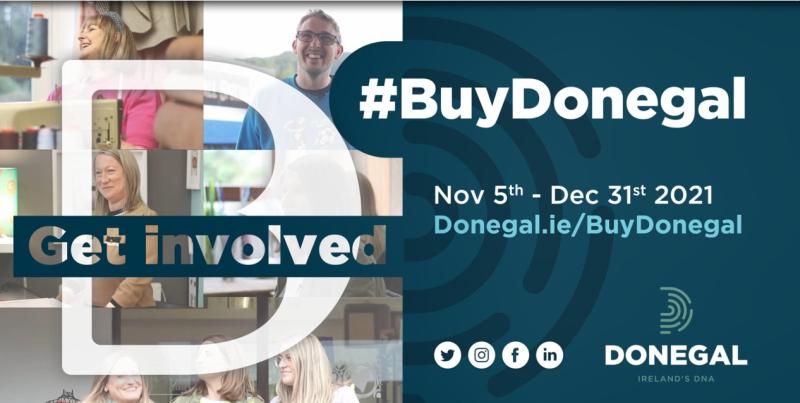 #BuyDonegal has been officially launched with over 250 businesses signed up.

The campaign, now in its second year, begins on Friday, November 5 and will run up until December 31.

He said: “We are very lucky in Donegal to have such a wide range of business offerings and it’s so important that you, our business community are supported.’’

He also emphasised the importance of businesses collaborating with each other saying ‘’I would also ask you to help play your part in continuing to make this campaign a success as you have done last year.’’

Award winning designer Edel MacBride spoke of her own business and design journey and how the #BuyDonegal campaign last year provided an important focus for her to grow her online presence. She also spoke about the power of the hashtag and its role in making the campaign accessible for everyone.

The launch also featured keynote speaker Charlie Boyle of Customer Experience Excellence Ireland. He talked about the importance of customer service for all participants in the campaign and explained how Donegal has a huge opportunity to be a global leader in Customer Experience with our internationally facing approach to life and business. Mr Boyle also mentioned the importance of the human touch and while technology can enhance the personalisation message, it should not replace it.

Willie Cremen of Filligans talked about the inception and growth of his artisan food brand and mentioned the success of collaboration with other Donegal businesses. He explained the appetite among consumers for Donegal brands and actively encouraged other Donegal businesses to seek out opportunities for partnerships from new products and flavours to Donegal made hampers.

Examples of how businesses can maximise their impact online and in-store during the campaign were also highlighted as well as the unveiling of the #BuyDonegal 2021 campaign video. For the people of Donegal near and far, they can support the campaign and Donegal businesses by buying a Donegal product or service and sharing an image of this on social media using the hashtag #BuyDonegal or as Gaeilge #CeannaighDúnnanGall.

The full list of over 250 participating businesses, the campaign video and a host of special offers to start your #BuyDonegal shopping list can be found at http://buydonegal.com