Why not try craft beer this Christmas?

Getting to know beer styles 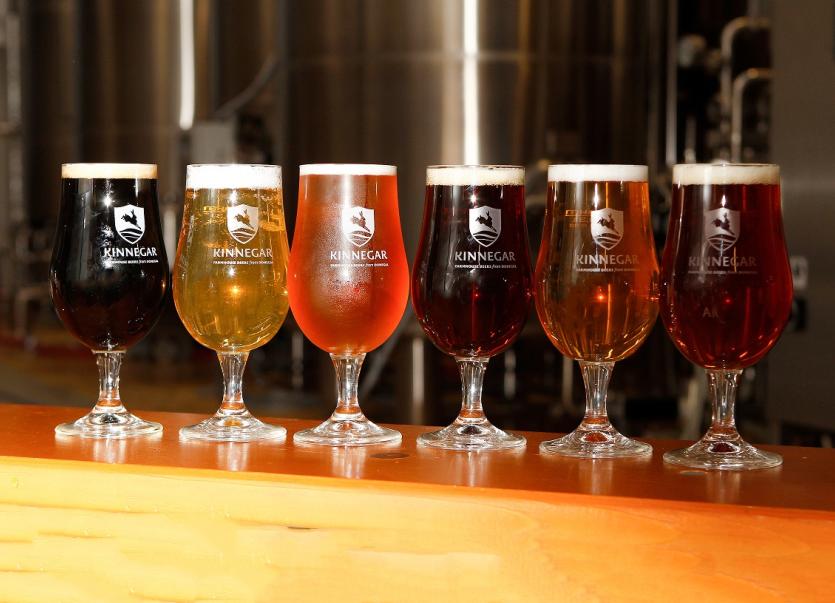 By the experts at Kinnegar brewing

Gone are the days when beer drinking in this country was limited to stout, ale and lager. Now the Irish consumer has choice. Beer is at last accorded a little of the respect that wine has enjoyed for centuries. Beer is made from four basic raw materials: water, malted grain (predominantly barley), hops and yeast. Water contributes virtually nothing directly to the beer’s flavour but it has a major impact on the brewing process. Malted grain plays a big role in dictating colour and flavour.

Hops are like the herbs of brewing. Their fundamental role is to add bitterness to balance the sweetness delivered by the malt.
Yeast’s primary function is to consume all that sugar the brewer has created, delivering alcohol and CO2 in exchange, but it can also play an important role in flavour development, if the brewer wants it to.
When selecting your beer, it’s useful to think of the following categories:

Pale Ale
Pale ale has a light flavour profile, pale colour, with a very moderate hop character. They’re versatile, great to drink on their own yet pair well with a wide range of dishes.  Example: Kinnegar Limeburner, 4.7% ABV.

Lager  A
Lager A is a classic continental European style that needs no introduction, but as with ales there is a broad diversity of different styles under the larger umbrella. Two of the best known are Pilsner and Helles, both clean, clear, light-coloured beers with moderate hop and malt profile.  Examples: Kinnegar Kumpelnest, 5% ABV.

Stout and Porter
Stout and porter are in modern times often one and the same thing with the brewery deciding which term to use. Their dark colour and malty roasted flavour lead many people to believe that they are heavy, most are not. Their robust flavour profile makes them ideal for pairing with cheese and chocolatey desserts. Examples: Kinnegar Yannaroddy 4.8% ABV, Coco Joe 5% ABV, Flying Saucer 7.7% ABV

Wheat Beers
Wheat beers are brewed with a combination of barley and wheat, with the wheat lending plenty of proteins for mouth feel and a puffy white head. However, the characteristic spice and banana flavours enjoyed in a classic German ‘Weißen’ derive from the yeast strain used, not the wheat. The term ‘white’ in a beer style generally refers to wheat. Example: Boghopper Hefeweizen, 4.9%ABV

Rye Beers
Rye is a mixed blessing in any brewery. Unlike barley, rye grains have no husk. The absence of this natural roughage makes the brewing process difficult.
However, in return for a little extra effort, rye delivers mouth feel, a pleasant spicy or ‘peppery’ characteristic and a complex flavour profile that matches well with robust foods.  Example: Kinnegar Rustbucket 5.1%, Black Bucket 6.5%, Bucket Brigade 6.5%

Session and Table Beers
The chief characteristic of these two styles is their low alcohol content. A growing range of excellent session and table beers is a welcome addition to the new world of beer.  Examples: Kinnegar Skinny Legs 3.5% ABV, Bucket & Spade 4.2% ABV, White Rabbit 4.5% ABV