Demand there to reproduce some of the classics 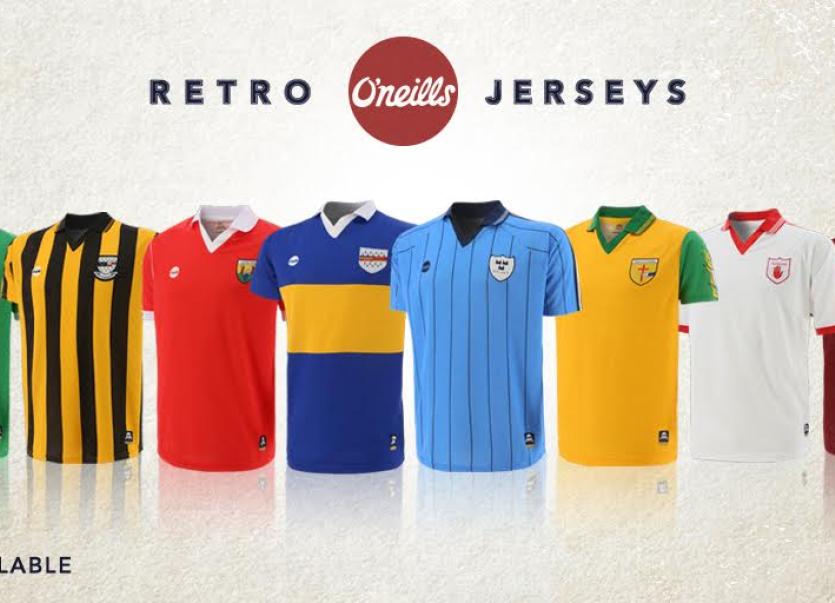 There are some moments in sporting nostalgia that stand out in the memory.

For GAA followers, and particularly the army of Dubs supporters, the All-Ireland Senior Football Final of 1983 when ‘the 12 apostles’ of Dublin defeated Galway will always be one.

We all remember that one too well here in Donegal as Galway defeated this county in the semi-final.

Among them was Tommy Conroy, who went on to be named an All Star in 1985 for his phenomenal football career with both the Dublin county squad and St Vincent’s club where he continued his success as a manager.

‘Top Cat’ played a key role in the unexpected triumph of that unforgettable final 37 years ago. Managed at the time by GAA legend Kevin Heffernan, when Tommy and his team-mates lined out at Croke Park on September 18, 1983, little did they know by the time the final whistle blew that day, they would have won by a narrow margin of 1-10 to 1-08 with three men sent off and a place in the annals of footballing folklore.

Now O’Neills is reproducing some of its most iconic jerseys in a retro range including that Dublin ’83 top - classic two-tone blues, open neck and collar - as well as one of their Galway opponents, albeit from their hurling heyday in the late 1980s.

Kerry’s football treble from the mid-1980s is also commemorated, as well as Tyrone’s first appearance at Croker in 1986. Derry’s jersey from their Ulster championship victory in 1987, as well as the one worn by their opponents, Armagh, has been included in the range, alongside an 80s classic from Fermanagh.
Mayo fans will remember the 1989 All-Ireland football final when they made their first appearance since 1951, while Antrim supporters will never forget their journey to the All-Ireland hurling final that same year.

Their conquerors, Tipperary, are also celebrated with a retro jersey from that season when they won the Liam McCarthy for the first time in 18 years.

Inspired by the 1990 double, but even without this context, the Cork retro jersey stands on its own merits with the unmistakable look of the Rebel county, while Gaelic jerseys representing both Down and Meath are included for their places in the 1991 footballing final.

The jerseys worn by the 1992 football and hurling heroes of Donegal and Kilkenny respectively brings back plenty of 90s nostalgia, as well as those worn by Limerick and Wexford in 1994 and 1998.

Cormac Farrell, marketing manager O’Neills said: “During the Covid-19 lockdown period, GAA fans have been able to enjoy some of the great matches of the past which have been replayed on TV.

"A lot of people commented on the jerseys and the demand was there to reproduce some of the classics.

“Our retro range will appeal to those who remember the glory games from the first time around as well as those younger players and supporters who have only seen them for the first time more recently but wish to emulate the stars of a previous generation.”

While the new retro range will look like the originals, the fabric now used in their manufacture will reflect the latest advances in research and technology which O’Neills has pioneered in the intervening decades.

Founded in Dublin in 1918, O’Neills has forged a strong relationship with the GAA for more than a century and is constantly innovating to achieve the globally renowned quality standards produced from their state-of-the-art manufacturing facilities both in Strabane and Walkinstown, Co Dublin.