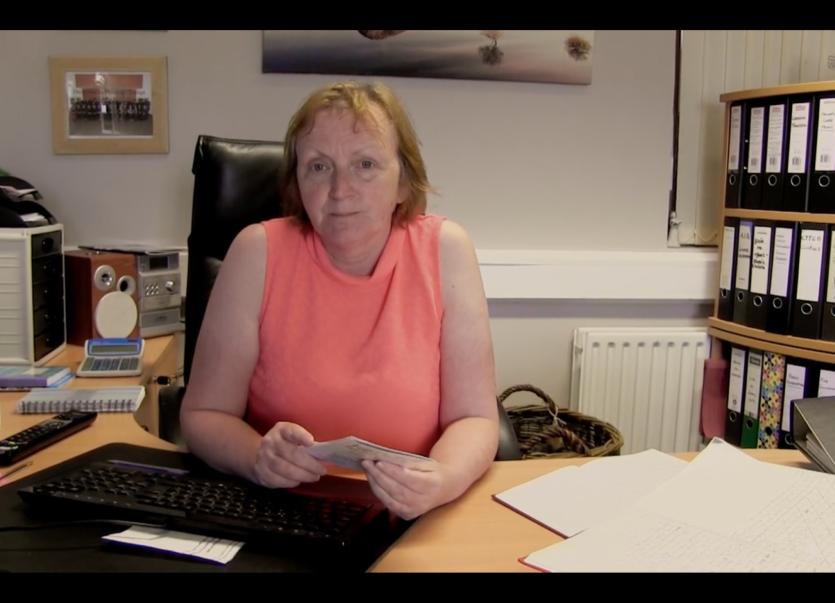 A Gaoth Dobhair-based organisation will feature in a new TG4 documentary which investigates the circumstances surrounding people's lives in the face of the current, global pandemic.

In March 2020, lives were turned upside down as people were forced to come to grips with the implications of living under the shadow of a global pandemic.

Featuring a mixture of self-shot and documentary footage from characters in every province in Ireland, this documentary is a snapshot into a time where people as a people struggled with the new demands placed on us.

Despite the personal hardship suffered by those featured in this documentary, this is ultimately a story of hope that reminds us of our resilience and strength as individuals and as communities.

Among places featured in the documentary is Tacú le Gaoth Dobhair. This is a voluntary community group providing much needed additional support for the older people in their area by visiting them and delivering Meals on Wheels.

Máire Uí Chomhaill who works in the centre in Gaoth Dobhair shows us around the empty premises, “As you can see things are very different during Covid-19, when you look at the empty carpark. Today is Tuesday and it’s one of the busiest days in the centre. But as you see and us going in it is empty. There was a huge increase on the meals on wheels. Now not only are we delivering meals to Gaoth Dobhair but to the Rosses as well. There was an increase because people weren’t going to the day centres. And there is more need for help at home.”

And in Dublin, the Capuchin Day Centre struggles with the growing numbers of people arriving to their centre for food and clothes as the pandemic takes its toll on those already struggling in Irish society.

Mayo man Billy O’Toole from Claremorris is cocooning in Galway. After the Cystic Fibrosis sufferer received a double lung transplant in 2011, he contracted swine flu and ended up in a coma. Having given up work to cocoon, Billy finds it hard not to be able to contribute to his job but knows that catching Coronavirus could kill him.

Westport couple Sarah and Adrian McVann are expecting their first baby in the middle of a pandemic and are faced with the reality that many expectant couples found themselves in as Sarah will enter the maternity ward alone.

Others featured in the documentary are Trish O’Neill, from Donoughmore in Cork, who finds herself working from home, sharing a bedroom office with her husband, while also caring for their three children, one of whom, Conor, who has autism. As the months pass, we see the toll lockdown takes on the family as Conor in particular is affected as the lack of routine and educational support.

Aoife Rafter is cocooning in her family home in Naas, county Kildare. Having lived with Cystic Fibrosis all her life, she knows only too well how devasting a respiratory illness could be for her. Just before lockdown, Aoife finished treatment for Cervical Cancer and now finds herself without clinics, check-ups or medical support and her world confined to just a few rooms.

In Sligo, hairdresser Marian Dineen is coming to terms with the impact of the enforced closure of her salon. Having worked in hairdressing for over 40 years, Marian has had to say goodbye to her staff and her livelihood. Marian also provides wigs for cancer patients in the Northwest and her concern is for her customers is paramount as she wonders if her business can bounce back.

Because she is over 70, Margaret Franklin has been asked to cocoon. Unable to visit family and friends, she fills her week with online choir practice, online courses and exercise classes. Despite being determined to keep active, Margaret feels abandoned by the blanket cocooning advice and lack of freedom the restrictions mean for her.

Leaving Cert student Aisling Gallagher from Tullamore finds herself studying online and wondering if her exams will take place at all. Her dreams of studying in Trinity college are compromised as her final milestones in secondary school disappear.

Having had his exams moved forward and graduating online, recently qualified doctor Lorcán is beginning his placement in Kilkenny hospital. His fears about starting his career during this time are compounded by the fact that his grandmother was recently diagnosed with Covid-19 and he won’t see her for the coming months.

In Donegal, Tacú le Gaoth Dobhair, are a voluntary community group providing much needed additional support for the older people in their area by visiting them and delivering meals on wheels. And in Dublin, the Capuchin Day Centre struggles with the growing numbers of people arriving to their centre for food and clothes as the pandemic takes its toll on those already struggling in Irish society.