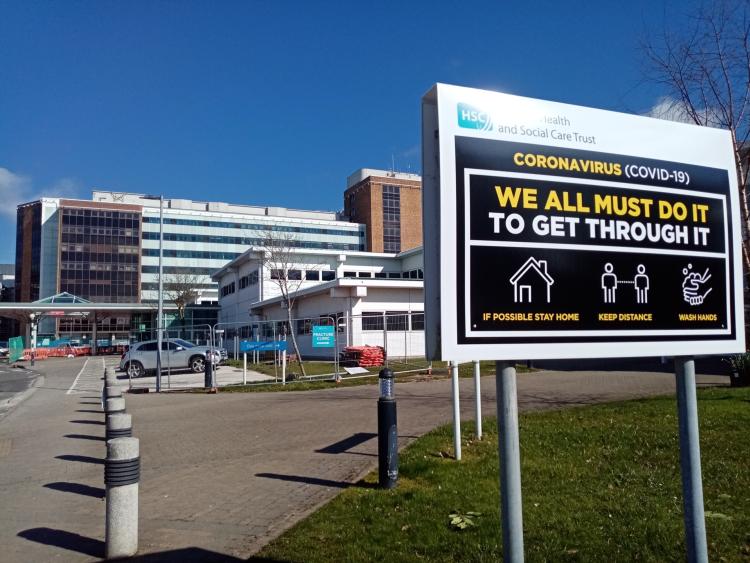 Altnagelvin hospital has quite a number of staff from Donegal

New figures have shown that over 300 staff are absent at Altnagelvin Hospital in Derry because of Covid-19. A significant proportion of staff at the hospital are from Donegal.

At a Western Trust board meeting yesterday, Chief Executive Dr Anne Kilgallen told members that 337 staff are off at the Derry hospital and 144 at South West Acute Hospital (SWAH) in Fermanagh.

In addition, 547 health workers in the community are absent.

Absentee levels are similar to those recorded in April during the first wave of the virus.

At that time testing capacity was much lower than it is now.

However, a surge in local cases during the second wave appears to have impacted high numbers of staff who have contracted the virus or had to self-isolate because of symptoms or close contacts.

Dr Kilgallen also told the meeting that there have been 82 Covid-19 deaths at Altnagelvin Hospital since the start of the pandemic, as of December 1.

That number is slightly higher than the Department of Health’s daily dashboard which reported 78 deaths in Derry City and Strabane District Council area on December 3.

As of December 2, there were 18 Western Trust area care homes and supported living accommodation facilities that are experiencing a COVID-19 outbreak.

Dr Kilgallen said: “This is 18 out of a regional total of 98 outbreaks, demonstrating a plateauing and we believe indication of a downward trend.

“On this date a month ago we were reporting 24 outbreaks out of 121 regionally, the peak being 28 out of 140 regionally.”