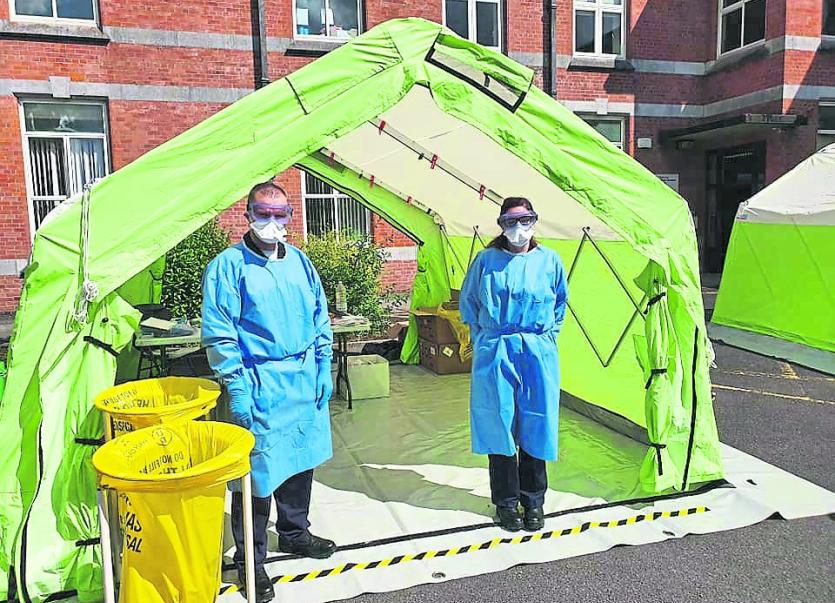 A call has been made for temporary walk-in testing centres to be opened in Donegal due to the high infection rates of Covid-19 in parts of the county.

Centres in Dublin, Nass, Athlone and Ballinasloe opened on Friday with centres in Balbriggan, Finglas and Navan opening on Thursday.

The seven centres replaced five centres that had opened in Dublin and Offaly last month.

Of the counties where centres have been opened, only Offaly has a higher infection rate than Donegal.

Letterkenny councillor Gerry McMonagle,  vice-chair of the HSE’s regional health forum west, said pop-up test centres should “definitely” be set up in parts of the county where rates of the virus are high.

Infection rates in three parts of Donegal - the Letterkenny, Buncrana and Milford electoral areas - are among the areas with the ten highest rates in the country and Donegal’s overall rate is over 70% higher than the national average.

People who live within 5km of the centres who have not tested positive for Covid-19 in the last six months can attend without a GP referral.

Findings to date show that up to 4.3% of those attending the walk-in centres have tested positive.

Cllr McMonagle said: “All along what we have been saying is track and trace is the secret to preventing the spread of the virus - not waiting for people to get symptoms to go and get tested.

“It will identify the asymptotic people - people who have no symptoms but have the virus. That seems to be what is spreading a lot of it.

“We should be using every avenue that is open to us to identify early the spread of this virus and to help track and trace. Walk-in testing centres would be a good addition to that. It would be helpful and it will give us an indication of where the virus is most active.

“All along, with Derry and Strabane, we were getting cross-border [infections] - but their numbers are very, very low. I know there is a big vaccination rollout there.   But in Letterkenny, Lifford-Stranorlar, and we have had the blips in south Inishowen, they are nearly constant [with high infections]. They go down a bit and then rise again. Walk-in testing would help identify where the virus is preventing the disease spreading.”