Covid-19 infection rate increases in most areas of Donegal 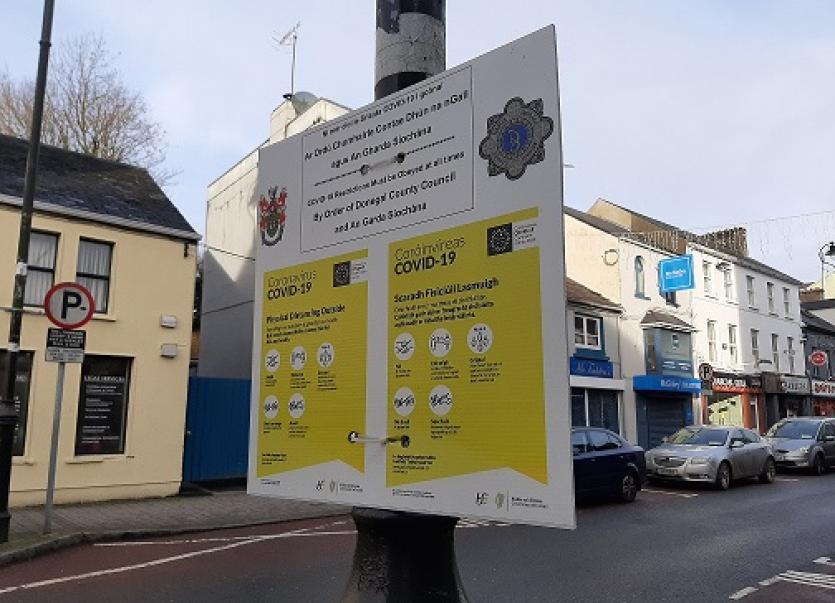 The Covid-19 infection rate has increased in five of the seven local electoral areas in Donegal over a seven-day period.
Three of the county’s local electoral areas (LEAs) are in the top ten 14-day incidence rates in the country.
The Letterkenny area is ranked third, the Milford area sixth and the Buncrana area has the seventh-highest rate in the State.
The latest figures on the breakdown of Covid-19 from the Department of Health cover the period from April 6 to April to 19.
Five of the LEAs in Donegal have a 14-day incidence rate per 100,000 people higher than the national average on April 19.
The rate in the Letterkenny area increased to 325.6 from 214.8 with 97 new cases.
In the Milford LEA, the infection rate fell to 319.5 from 363.1 with 44 new cases.
The infection rate in the Buncrana LEA, which covers south Inishowen, rose to 304 from 286.1 with 68 new cases.
In north Inishowen, the Carndonagh LEA had 41 new cases which saw its rate increase to 241.7 from 229.9.
There were 36 new cases in the Lifford- Stranorlar LEA as the rate increased to 139.1 from 119.7.
In the Glenties LEA, which covers west Donegal, the rate increased to 117.1 from 100.3 with 28 new cases.
The Donegal LEA, which covers the south of the county, recorded eight new cases as the rate fell to 30.2 from 34.