Donegal's Daniel O'Donnell gets the jab!

Country star "delighted" to get his first shot 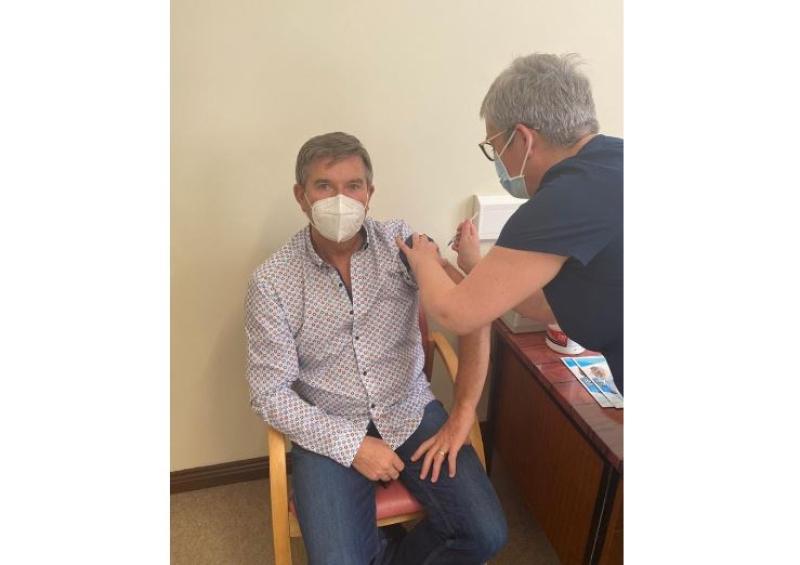 The Pope is in it, so too is the Queen of England, Dolly Parton, Joan Collins, Judi Dench, Sir David Attenborough, US President Joe Biden as well as other famous celebrities, comedians and rock stars - yep, stars who ha received their first shot of the Covid jab!

Donegal's singing sensation rolled up the sleeve in his native west Donegal this afternoon for his first dose of the vaccine.

He posted the news on his Facebook page this evening.

"Delighted to have got my first vaccine. Thanks to everyone at Dr McEniff surgery in Dungloe," he said.

In fairness  Daniel has said while his work has been badly disrupted by the pandemic, it's not himself he is most concerned about but the people he works with - as well as artists starting out in their careers.

As well as calling to the grounds of several nursing homes to perform for the residents, Daniel has not let the pandemic stop him spreading cheer and has not only organised a live streamed concert to help raised funds for those affected, but has voiced concerns for everyone in any job who has been affected and has said he hoped the Government will continue to look after them.

Who knows, the whole lockdown/Covid experience might make its way on to a song some time in the future.

I can see it now, Daniel singing 'My Donegal Jab'!