Delta variant cases in Donegal are only in those not fully vaccinated, GP says 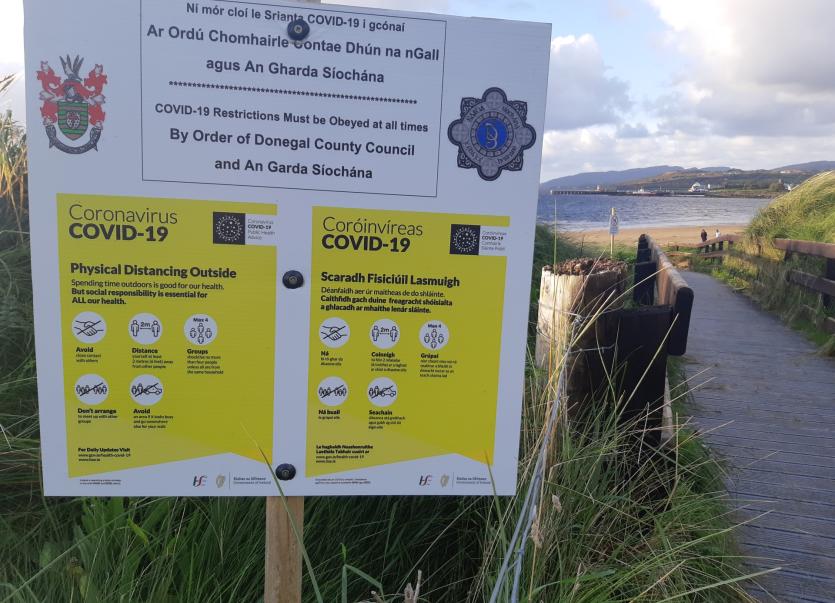 All cases of the Delta variant of Covid-19 that have been found in Donegal are among people who are not fully vaccinated, a Donegal GP has said.

Stranorlar-based GP and chairman of the GP committee of the Irish Medical Organisation Dr Denis McCauley said it is important that people with mild symptoms get tested as the Delta variant is presenting differently than previous variants, especially in children.

“Delta presents as an upper respiratory infection. It can mimic hayfever and it can mimic croup,” he said.

“People are following the rules and are getting vaccinated,” he said, and all the cases that GPs are finding are among people who are not fully vaccinated.

“Everybody that is getting symptomatic Delta that we have experienced has not been fully vaccinated.”

Dr McCauley said the Delta variant will become the dominant variant “and it will be interesting to see how that translates into hospitalisations”.

“Time will tell as to how it presents into things like long Covid,” he said.

“So even if there isn’t a transference into the hospitals, there will still be morbidity.”

His comments were made after the Health Service Executive (HSE) issued a warning about the rising number of cases in Donegal and the north-west in recent days.

It has expressed concern about the spread of the disease in south Donegal, in particular Bundoran, in Inishowen and in areas of north Sligo.

A pop-up testing centre has opened in Buncrana due to the rise of case numbers in Inishowen. The Buncrana local electoral area has the highest infection rate in the country and the Carndonagh area has the third-highest rate. The Buncrana area has a rate of 608.1 cases per 100,000 people over 14 days.

The HSE said there has been a marked increase in the number of cases in the Bundoran area and appealed to the public to exercise extra caution.

Rising cases in the North

The Derry and Strabane District Council area has the highest rate in the North, at more than twice the average for the whole of the six counties.

Walk-in vaccination for all age groups has been made available at the Foyle Arena in Derry due to the rising cases numbers in younger age groups.

Dr McCauley said the situation in the North “gives us two weeks' notice of what is going to happen”.

The one factor that is different is that indoor hospitality has been open in the North since May 24, he said.

He warned that the numbers in Northern Ireland reflect what could happen in the Republic depending on the nature of the reopening of hospitality.

“The numbers will increase if there is a more infectious variant. There is nothing we can do about that. That is there; that is spreading. The one factor that we have control over, and have the ability to plan, is the opening up of hospitality which they have already done in Northern Ireland. I think Northern Ireland gives us an assessment of if hospitality was open what would happen in the Republic. We have decisions to make as to what form of further opening up that takes. If we decide to give it the Boris [Johnson] view of let it burn and let the pubs open come what may - or if we have a scheme that is impractical - we will have the numbers in Northern Ireland reflected nationally.”