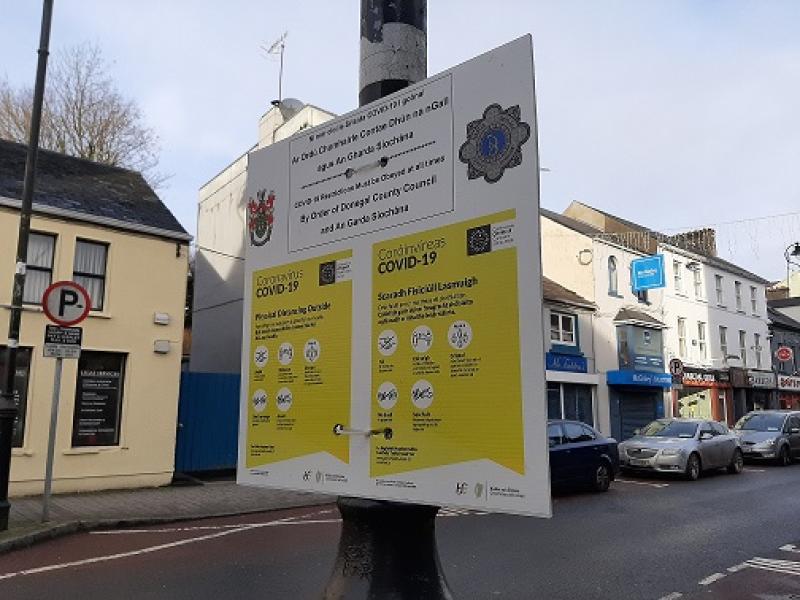 Half of the ten areas with the highest Covid-19 incidence in the country are in Donegal.

Five of Donegal's seven local electoral areas (LEAs) are amongst the ten worst areas for Covid-19 infection in the State.

The Carndonagh area has the third-highest infection rate in the State after the Ballybay-Clones and Monaghan LEAs in Co Monaghan.

The Buncrana and Milford LEAs are ranked fourth and fifth with Lifford-Stranorlar seventh and Glenties eighth.

All Donegal’s LEAs have incidences significantly higher than the national average of  450.9 up to Monday night.

However, all but two of the LEAs in the county had a fall in incidence over seven days.

The latest figures from the Department of Health on the breakdown of Covid-19 incidence across 166 LEAs cover the two weeks up to Monday, September 6.

In the Lifford-Stranolar LEA the incidence dropped slightly to 923.2 from 946.3 after 239 cases were recorded.

In the Glenties area, which covers west Donegal, the rate rose again. Incidence increased to 919.8 from 898.9 with 220 new cases.