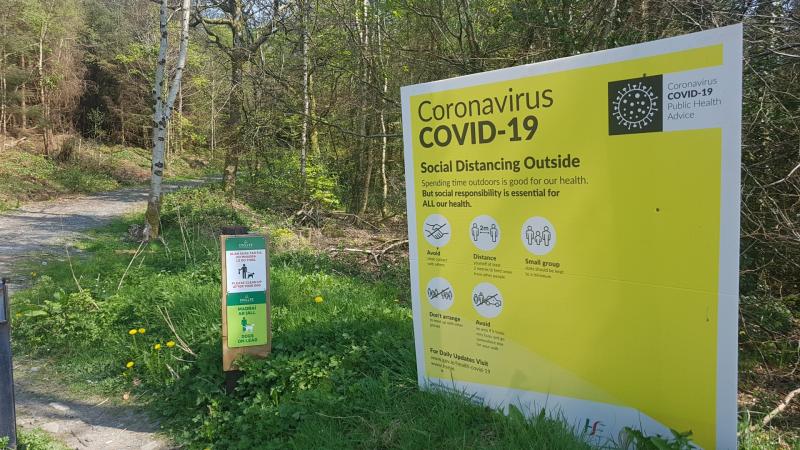 Parts of south and south-west Donegal have the highest Covid-19 infection rate in the county, latest figures show.

The breakdown of Covid-19 infection rates across the State shows signs of improvement in Donegal compared to other parts of the country.

None of the county’s local electoral areas (LEAS) are among the areas with the ten highest rates of infection in the country.

The Donegal LEA has the highest rate of infection in the county and is ranked 13th in the State.

All but one of the county’s seven LEAs have 14-incidence rates above the national average.

Four of the areas have seen infection rates rise over seven days.

The number of cases in the Donegal LEA, which covers south and south-west Donegal from Bundoran to Glencolmcille, in the 14 days up to last Monday has risen from 167 to 122 on the previous two weeks. The 14-day incidence rate has increased to 838 cases per 100,000 from 630.4.

The Letterkenny LEA has the second-highest incidence in the county as the number of cases over the previous 14 days dropped to 193 from 209 as the rate fell from 701.6 to 647.8.

There has been a significant rise in the incidence in the Glenties area as the number of new cases over the latest two-week period rose from 91 to 141. The infection rate has increased to 589.5 from 380.5.

The Buncrana LEA, which covers the south Inishowen, still has the lowest rate in the county. The area saw the number of cases increase to 69 from 55. The incidence has increased to 308.5 from  245.9. It is the only LEA in the county with an incidence below last Monday’s national average of 493.

The highest incidence in the State is in the Waterford City South LEA which has an infection rate of  1,486 cases per 100,000 people over 14 days.

The State’s lowest infection rate is the Athlone LEA which has a rate of 238.