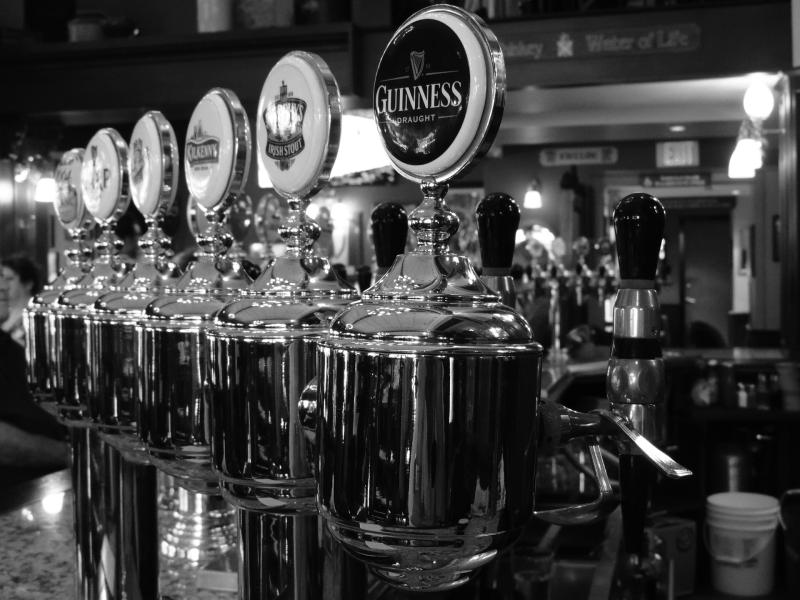 A former Castlefin publican has been fined after two breaches of Covid-19 regulations in a 24-hour period.

Sean Connaughton, the former licensee of the Banjo Tavern in Castlefin, was before Letterkenny District Court.

Connaughton, 40, with an address of Dromore, Killygordon, was charged in relation to incidents on December 5 and 6, 2020.

Sergeant Roarty told the court that at 10.15pm on December 5, 2020, there were around 80-90 patrons on the premises when he visited the Banjo Tavern.

“The premises is quite small and there was no social distancing,” Sergeant Roarty said. “Patrons were sitting close together, tables were pushed together.

“There was no food being served. There were pieces of paper with food orders, but no evidence of food.”

Sergeant Roarty said he was brought to the kitchen, but no staff were present. He was informed that the cook had gone to the shop to buy salt.

“There was frozen food in the kitchen, but there were no ovens or cookers on,” Sergeant Roarty said.

There were no register of patrons maintained, the court heard.

Sergeant Roarty told staff that he would leave and return an hour later. Upon his return, nothing had changed, he said.

The court heard that tables were untidy and packed with drink. There was no social distancing and no food was being served.

“The patrons might have been annoyed, but they shouldn’t have been there,” Judge Alan Mitchell said.

“The lessons were not learned on the first day.”

Solicitor for Connaughton, Mr Frank Dorrian, said his client was no longer the licensee of the premises.

“We are dealing with a small bar in a remote part of Donegal,” Mr Dorrian said. “There was a kitchen and there had been a pattern of serving food.

“Clientele were tired of buying a meal every time they wanted a drink. There was a degree of slippage and it just wasn’t run perfectly.

“There had been meals served earlier in the evening. The menu was fairly rudimentary, pizzas and such items.

“The audience was unreceptive of meals on an ongoing basis and in the interest of the business they kept going. There was quite a bit of unease in the industry regarding wet pubs and dry pubs. He fell foul and was trying his best to keep the show on the road.”

“We had a public health crisis,” Judge Mitchell said. “A big problem was that there was a lot of frustration when some people heard that others were still open and it was something that evolved into non-compliance.”