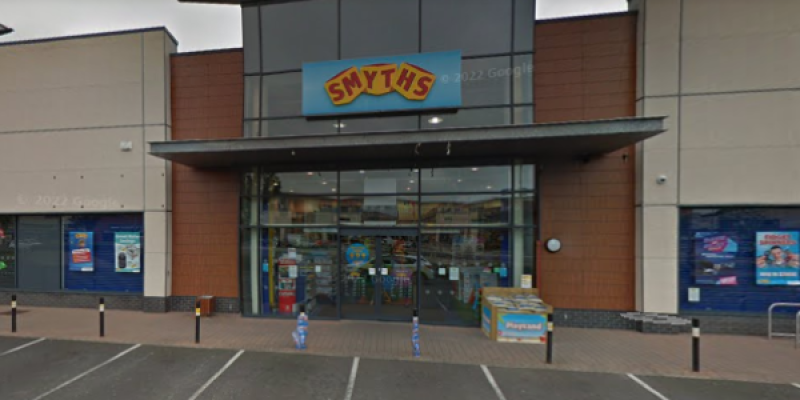 A mother-of-four has been convicted of theft after being caught stealing from a Letterkenny toy store.

Gardaí were called to Smyth’s Toys Superstore at Letterkenny Retail Park at 5.50pm on November 10, 2021 after a report that a number of items had been taken.

Gardaí spoke to Sweeney as she returned to a taxi. Sweeney made full admissions and was apologetic, Sergeant Jim Collins told the court.

The items, valued at €319.59, were returned and were in a sellable condition.

“She had no good reason for doing it,” solicitor for Sweeney, Mr Rory O’Brien, said.

“She is stable now and things are different for her. She knew it was wrong and she returned the items immediately. She was in a particularly difficult situation at the time.”

Noting that Sweeney had been ‘given a chance previously’ on a similar charge, Judge Éiteáin Cunningham convicted the accused and fined her €200, giving five months to pay.