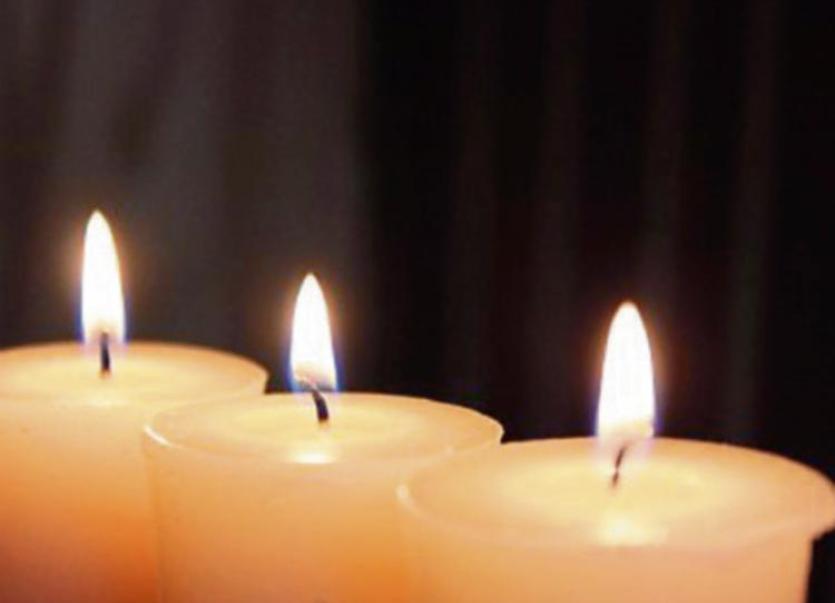 The death has taken place of Lavinus Sweeney, Main Street, Killygordon, Donegal
Reposing at Mc Cool's Chapel of Rest, Ballybofey on Monday, from 7pm until rosary at 9pm. Removal to his late residence on Tuesday at 1pm. Funeral leaving his home at 10.30am on Wednesday for Requiem Mass at 11am in St. Patrick's Church, Crossroads, followed by interment in the adjoining churchyard.
Donations in lieu of flowers, if so desired, please, to St. Joseph's Hospital Patients Comfort Fund, c/o any family member.
Family and friends only on Tuesday and on the morning of the funeral.

The death has occurred at Letterkenny University Hospital of Daniel O'Gara, a retired Clerk for the Board of Work late of Bogay, Letterkenny and formerly Carrick.
His remains will repose at his late home from 6pm, Monday 12th December. Funeral from there on Wednesday December 14th going to the Church of the Irish Martyrs, Ballyraine, Letterkenny for 11am Requiem Mass with burial afterwards in Conwal Cemetery.
Family flowers only please. Donations in lieu, if desired, to the Donegal Hospice, Letterkenny c/o Paschal Blake Funeral Director, Stoney Arch, New Line Road, Letterkenny.
Family time from 10pm to 11am and on the morning of the funeral.

The death has occurred of Ann Morrow (née O'Connell), late of Clar Cam, Donegal Town.
Reposing at the family home 18 Admiran, Stranorlar, from 6pm, Monday December 12th. Removal from the family home on Wednesday morning at 10.15am to St. Agatha’s Church, Clar, for 11am Funeral Mass with burial afterwards in the adjoining cemetery.

The death has occurred of Charles-Eddie Molloy late of Tievebrack, Glenties.
Removal from the Eternal Light Chapel of Rest Monday, December 12th, to Donna Baskin’s residence at Drumnacrosh, Glenties.
Removal on Wednesday morning, December 14th, at 10.30am to St Conal’s Church, Glenties for Requiem Mass at 11am followed by burial in the local cemetery. Family time from 11pm till 11am.

The death has occurred of Bridget Burke, late of 11 Fr. Arnold Terrace, Manorcunningham.
Reposing at her late residence from 4pm, Monday.
Removal on Wednesday, December 14th, at 10.15am to St. Columba’s Church, Drumoghill for 11am Requiem Mass. Burial afterwards in the adjoining cemetery. House private please on Monday, December 12th. Family flowers only, donations, if desired, to The Friends of Letterkenny University Hospital.

The death has taken place of James Boyle, Oughterlinn, Rathmullan.
Removal to St. Catherine’s Church, Oughterlinn, on Wednesday, 14th December, at 7pm. Requiem Mass on Thursday, December 15th, at 10am, followed by burial in Rathmullan Cemetery.

The death has taken place of Eileen Carr, Doaghmore, Fanad.
Removal from the Eternal Light Chapel of Rest at 4pm today, Tuesday, 13th December, to Joe and Margaret Carr’s residence at Doaghmore. Removal on Thursday, 15th December, at 11.30am for Requiem Mass at 12 noon in St. Mary’s Church, Fanavolty. Burial afterwards in the adjoining cemetery.

The death has taken place of John Harkin, Crossconnell, Clonmaney.
Reposing at his late residence. Removal on Thursday, 15th December, at 11.40am to St. Mary’s Church, Clonmany for 12 noon Requiem Mass. Burial afterwards in the adjoining cemetery.
Family flowers only please. Donations, if desired, to the Oncology Unit, Letterkenny University Hospital. House private please from 10pm till 11am and on the morning of the funeral.

The death has taken place in the Donegal Hospice of Winnie McCauley, Aphort, Arranmore Island.
Reposing at McGlynn’s Funeral Home from 1.30pm on Tuesday, 13th December, with removal for the 2.30pm ferry to her late residence on Arranmore Island. Funeral arrangements to be confirmed later.
House private please, from 12 midnight until 10am. Family flowers only, donations, if desired, to the Donegal Hospice, Letterkenny, c/o any family member or Shaun McGlynn, funeral directors.