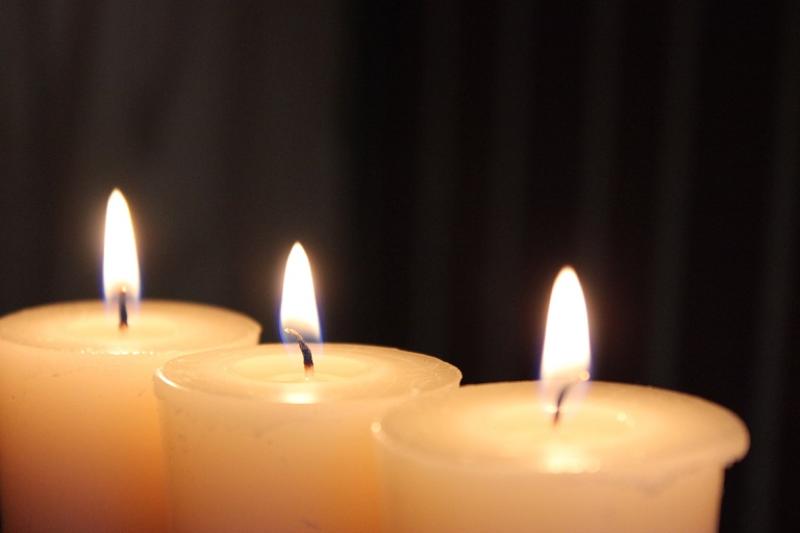 Reposing at WJ O’Brien and Son Funeral Home, Eglinton from 6pm until 8pm this evening, Saturday, May 13th.

Funeral service will take place at 2pm at the funeral home tomorrow, Sunday, May 14th, followed by burial in Gortlee Cemetery, Letterkenny.

House and funeral home private. Removal on Tuesday, May 16th, to arrive at the Church of Our Lady Queen of Peace, Merrion Road, Dublin 4, at 11.50am for funeral Mass at 12 noon. Cremation afterwards in Mount Jerome Crematorium, Harold’s Cross, D6.

There will be a Mass for Felicity in the Star of the Sea Church, Bundoran, at 12 noon on Saturday, May 20th.

The death has taken place of Thomas McVey, late of Carland, Kerrykeel.

His remains reposing at his home from 3pm on Friday, May 12th.

Requiem Mass at 2pm on Sunday, May 14th, in St Columba’s Church, Massmount, with interment afterwards in the adjoining cemetery

House private from 10pm until 11am and on the morning of the funeral.

The death has occurred of Jimmy McAlynn, late of 35 Hillhead, Castlefinn.

His remains are reposing at his late home. Funeral from there at 2pm on Saturday, May 13th, for Requiem Mass at 2.30pm in St. Mary’s Church, Castlefinn.

Reposing at his home. Funeral from there on Saturday, May 13th, going to St. Eunan’s Cathedral, Letterkenny for 1.30pm Requiem Mass with burial afterwards in Conwal Cemetery.

Family time from 10pm to 10am and on the morning of the funeral.

The death has taken place at his home of Albert Wilson Long, late of 4 Ballyskeagh Road, Artigarvan and formerly of Drumfad, Raphoe.

Funeral from there on Saturday, May 13th, at 1.30pm, followed by Service in Leckpatrick Presbyterian Church at 2pm. Burial afterwards in the adjoining churchyard.

The death has occurred of Mary Jane Patton, aged 101, late of Broadlea, Raphoe.

Funeral from there on Sunday morning at 10.40am going to St Eunan’s Church, Raphoe for Requiem Mass at 11am. Burial afterwards in the adjoining cemetery.