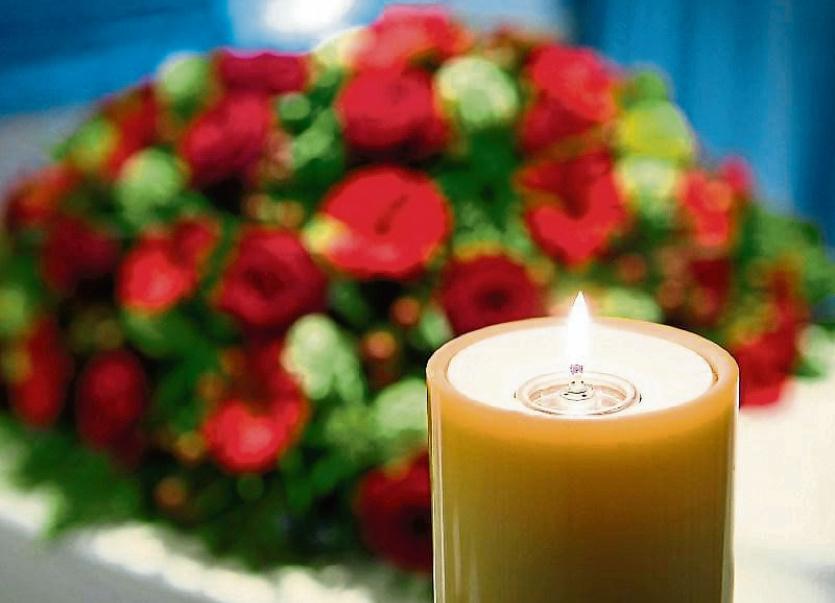 Funeral leaving her late residence on Friday, December 13 at 1.30pm for 2pm service in Burt Presbyterian Church followed by burial in the adjoining burial ground.

Funeral arriving to the Church of The Immaculate Conception, Ardattin (Eircode R93 WK51) on Friday morning for 11am. Requiem Mass with burial afterwards in the adjoining cemetery. Family flowers only. Family residence at Crosslow private please.

Robert’s remains are reposing at his late residence.

Funeral on Friday leaving his late residence at 9.15am going to St Mary’s Oratory, Buncrana for Requiem Mass at 10am. Interment afterwards in St Mary’s Cemetery, Cockhill.

Family time please from 11pm to 12 noon and on the morning of the funeral.

The death has occurred in the Philippines of Darren Monaghan, Tullyhumber, Frosses, formerly of Old Road, Mountcharles.

Remains will be reposing at Gallagher's Funeral Home, Station Road, Mountcharles, on Friday, December 13 from 5pm until 9pm.

Removal from there on Saturday morning, December 14, going to The Church of the Blessed Virgin Mary, Frosses, for 11am Funeral Mass, followed by cremation in Lakelands Crematorium, Cavan, afterwards.

The death has taken place at the Donegal Hospice of Patrick Flynn, 2 Gransha Road, Buncrana.

Removal on Saturday, December 14 from funeral home at 11am to Lakelands Crematorium, Co Cavan for service at 2pm followed by cremation.

Family flowers only please, donations in lieu, if desired, to the Donegal Hospice c/o any family member or Shaun Murphy Funeral Director.

The death has taken place of Mary Ferguson, née McBride, Gurteen Rd. Garrison, Co. Fermanagh at the South West Acute Hospital, Enniskillen. Remains will arrive in Mary, Queen of Peace Church, Garrison on Thursday at 7pm with Funeral Mass on Friday at 11am followed by interment in the adjoining cemetery.

If you have a death notice you wish to have included, e-mail us at editorial@donegaldemocrat.com.