'Peggy was part of the very fabric of Ballyshannon town' 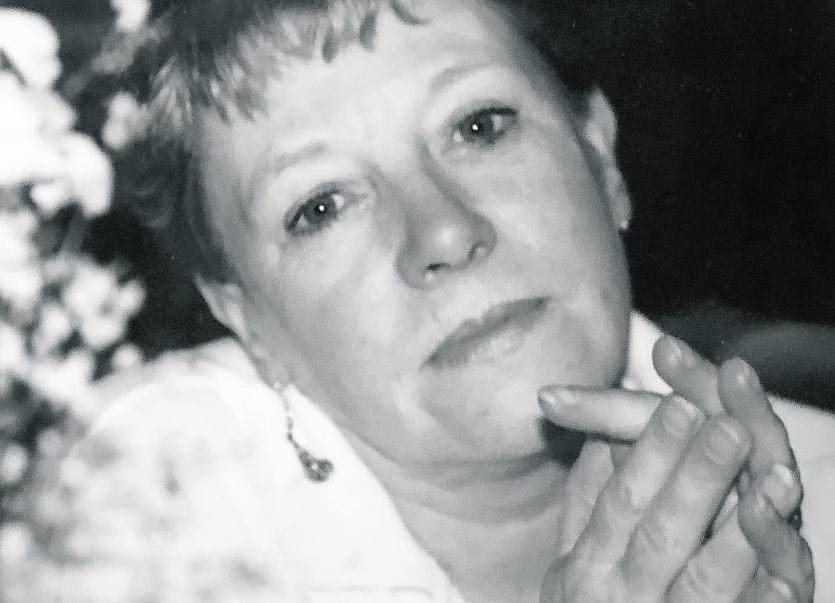 “We are losing a part of old Ballyshannon, it is slipping away from us, an older Ballyshannon that is full of memories and personalities,” Canon Michael McGourty told mourners at the funeral Mass of one of Ballyshannon's most respected citizens, Peggy Keane.
The much-loved mother of Patricia and Garry, Peggy Keane, née O'Connor, East Rock, Ballyshannon, died in Sligo University Hospital having bravely battled illness for around three months.

Hard on the parish
Fr McGourty said the loss of Peggy was difficult for her family, her relatives and her many friends to bear, but it was also a huge loss for the parish and the community. “To lose people like Peggy is hard on a parish and a community, to lose wonderful people like Peggy whose life was a blessing and someone who was a treasure to so many,” he said.
“Everything she was, her whole identity she owed to this parish and this community, to her family, friends and wonderful neighbours.
“This parish was never far from her thoughts. Similarly, her three grandchildren, Molly, Eddie and Tom were also close to her thoughts and were adored by Peggy.
He added: “That love Peggy had for her grandchildren was returned magnificently by them to her when she was ill. There were special moments during the past three months when her beloved grandchildren visited her, to tell her how much she meant to them.”

Love for poetry
Hundreds attended her Requiem Mass on Monday morning last in St Joseph's Church, The Rock, the same church, Fr McGourty pointed out, that Peggy had been baptised, celebrated her communion, confirmation and in 1961, her marriage to the love of her life Jim Keane, a young garda who had come to the town.
He said Peggy shared a love for poetry with Jim. She carried the poetry of William B Yeats and Patrick Kavanagh deep in her heart and she was a constant encouragement to Jim, a writer himself, offering well observed comments and suggestions of all that he wrote. She also loved music, her daily newspaper and the cryptic crossword.
He recalled with tongue firmly in his cheek, how Peggy went to work with her daughter Trisha: "This was a 'temporary arrangement’ that lasted all of 30 years."
He said she had a sharp and a keen ear for people who were, "carrying crosses, as well as their shopping bags". She included all of them in her prayer list that grew and grew.
After Holy Communion, her granddaughter Molly read one of Peggy's favourite poems, The Lake Isle of Innisfree, and also a poem written by her grandfather Jim, for Peggy.
The Requiem Mass was a celebration of Peggy's love of life, community, writing and music, with the combined choirs of St Joseph's The Rock and St Patrick's, Kilbarron adding beautifully to the liturgy, as did two solos, including a beautiful rendition of Amazing Grace by Donegal town-based singer Brian O'Sullivan.

Guard of honour
Prayers of the Faithful were read by close friends, Una Grennan, Maureen Hersey, Bernie McNeely, Cailín McInerney and Emma Gaughan, while the readings were by her much-loved daughter-in-law Alison Toomey and niece and God-daughter Rachel O'Connor.
As mourners left the church a joint guard of honour was formed by members of Ballyshannon Drama Society and Ballyshannon Musical Society.
After Requiem Mass there followed a private family cremation at Lakelands Crematorium, Cavan.
Peggy is survived by her daughter Patricia, son Garry, daughter-in-law Alison, grandchildren Molly, Eddie and Tom, brother Patrick, sister Mary, nephews, nieces and entire family circle. She was predeceased by her husband Jim and their son, Brian.