Deaths in Donegal, Monday evening, May 4 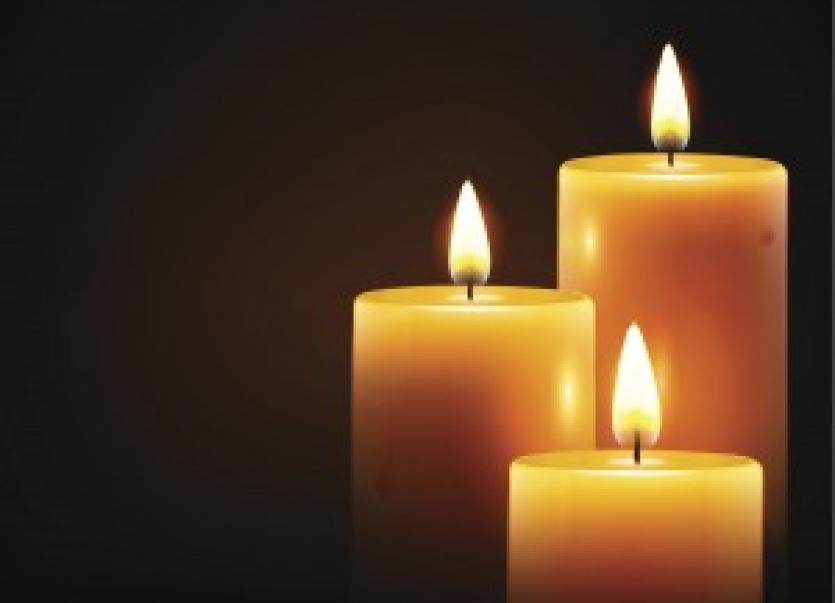 The sudden death has occurrred at his home of Seamus McGinley (aged 54), Townparks, Raphoe.

Deeply regretted by his brothers and sister, Martin (Ramelton), Mary Kinsella (Letterkenny) and Eugene (Raphoe) and their families and extended families and friends.

Seamus was predeceased by his parents Seamus and Kathleen and brother Enda.

In compliance with current HSE and government guidelines, the wake, funeral and burial will be strictly private to the immediate family only please.

She died peacefully in the wonderful care of the staff of Larchfield Nursing Home.

A private family funeral will take place due to Government advice regarding public gatherings.

The Funeral Mass for Margaret  will be live-streamed on Tuesday at 1pm on St. Conleth's Church, Newbridge Parish webcam.

The family would like to thank you for your co-operation, understanding and support during this sensitive time.

A memorial Mass for Margaret will be held at a later date.

Due to the current Government advice regarding Covid-19, the house and funeral Mass will be private.

A Memorial Mass to commemorate Annie’s life will take place at a later date.

Those wishing to convey their sympathies may do so at a later date.

The death has taken place in Coventry, England of David Bredin, formerly of Cooley, Moville.

David was the brother of Joe and Sammy and the late Jack and Robert.

Funeral service to take place in England on a date to be confirmed.

The death has taken place at his home of Bill Monagle, Donegard, Malin Head.

In compliance with HSE and Government guidelines, house and funeral are restricted to immediate family only please.

The death has occurred peacefully at his home after a short illness of Martin Bogan, Grahamsland, Castlefinn.

In compliance with current guidelines the house, funeral and burial will be private to immediate family only, please.

The peaceful death has taken place at the Marlay Nursing Home after a long illness of Rosemary Moran (née Sharkey), Greenhills, Dublin and Falcarragh.

In keeping with government advice regarding public gatherings, a private family funeral will take place. Those who would have liked to attend the funeral, but who cannot due to current restrictions, are invited to view Rosemary’s funeral online on Tuesday at 11.30 am.

Rosemary’s funeral cortege will pass her home at approximately 12.15 pm on Tuesday.

A commemoration of Rosemary’s life will take place when government restrictions have been lifted. Family flowers only please. Donations to The Alzheimer’s Society of Ireland would be appreciated.

The sudden and unexpected death has occurred at his home of Séamus Gallagher, (Séamus Hughie John), Baltoney, Gortahork.

The death has taken place of Thomas Gallagher, Bolton, England and formerly of Claggan, Carrigart

Funeral will take place in Overdale Cremetoriam in Bolton, England on Tuesday at 1.45pm.

Thomas was the beloved husband of Eileen Gallagher, and is also survived by sons Paul and Aidan, daughter-in-laws, grandchildren and great grandchildren, his four brothers and one sister.