Known as Gentleman Jim, he had a passion for magic and entertainment before his passing in July 2019 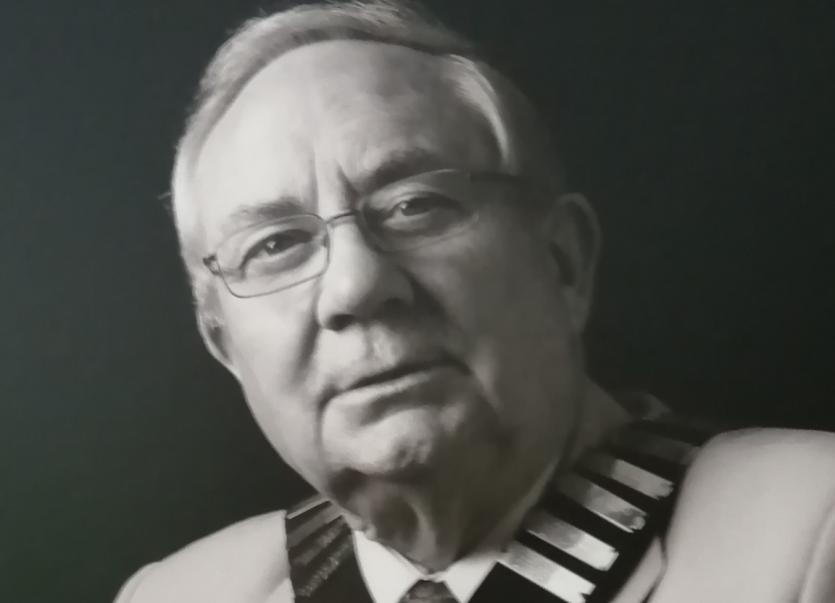 Jim Harvey was born in September 1935 in Drimnaherk, Mountcharles, Co Donegal, to parents Jimmy and Josie Harvey.
Jim was the oldest of four children and had a sister Margaret and two brothers Stephen and Patsy. Whilst growing up on a farm Jim was soon to realise he wanted something different which was to come in his teens on a night out with friends to the Abbey Hotel, Donegal Town in the early fifties.

A magician was to appear in the Abbey Hotel so Jim and a few friends went along to see what the craic was. After watching the show and being overwhelmed by what he had just witnessed he decided to visit the magician backstage.
During his brief interaction with the star of the show, Jim asked if he could be shown one of the magic tricks, to which the magician agreed. Jim came out and told his friends he now knew exactly what he wanted to do for the rest of his life: magic.
He decided to make his way to Blackpool in the mid-fifties and began work in the Imperial Hotel, then moving on up to Morecombe to work in the Clarendon Hotel as a cocktail waiter serving a great host of top variety stars who would appear in shows around the seafront and in the Winter Gardens. During these times Jim would be frantically buying up all sorts of magic books, learning and perfecting his hobby with great delight entertaining some of the biggest names in show business.
A few weeks into working here he would meet Marie, who had arrived over from Belfast to work in the Clarendon as a silver service waitress.

After a short engagement, they knew what they wanted and became man and wife. While still working at the hotel, Marie became pregnant with their first child. Marie was born in 1959, and not long after Jim was accepted as a cocktail waiter and entertainer onboard the cruise liner Empress of England, serving and entertaining with his magic both staff and passengers as they sailed around the world.
He dearly loved that job. Marie became pregnant again in 1963 and their son Paul was born in January 1964. After that, Jim decided he would give up the cruise liner job and due to feeling somewhat homesick, Marie decided she would like to return to Belfast.
Whilst looking for permanent work around 1968 Jim was offered a fantastic position as a cocktail waiter and entertainer in one of Belfast's biggest nightspots, The Talk Of The Town, working alongside performers such as Tom O`Connor and Frank Carson and even some top American acts such as Guy Mitchell.
It was during his time working in the talk of the town he had met a few local magicians who encouraged him to join their local society, which he promptly did.
Later working in Belfast as a record salesman and distributor he kept his magic alive through performances and regular meetings with his members and good friends in the local society of magicians.

Retiring from the record sales company in the early eighties, he purchased a company van and began to collect and deliver furniture for local shops.
Around this time, Paul had become heavily involved in music and had played around Northern Ireland in a few different bands.
Now because Jim had a van, he soon became a roadie to his son’s band. Paul introduced Jim to other bands and he began to shift them around also.
During these times, which were very hard in Belfast, Jim kept up his regular magic meetings and had by now gained a lot of respect and loyalty from all sections of the local community.
He progressed through the ranks in his own club and also became a member of the Brotherhood of Magicians, The Magic Circle and The Irish Society Of Magicians where he rubbed shoulders on many occasions with the likes of Paul Daniels, Ali Baba, David Berglass and Tommy Cooper.

He loved his magic very dearly and eventually gained his place as President of the Ulster Society of Magicians, going on to be the President of the All Ireland Society.
From hotel waiter to cruise liner entertainer and nightclub waiter and entertainer; and from salesman to roadie (also known as the oldest roadie in Ireland ) and on to become president of a society; he truly was a wonderful man, loved and highly respected by all who knew him. He became known to them as Gentleman Jim.
His wife Marie passed away in the Northern Ireland Hospice in March 2003, and Jim Harvey passed away peacefully surrounded by his family in The Mater Hospital Belfast in July 2019.
He is missed very dearly by his family on this his first anniversary of passing, but they are comfortable in the knowledge that he is now entertaining higher powers.