Funeral takes place of one of the town's great characters 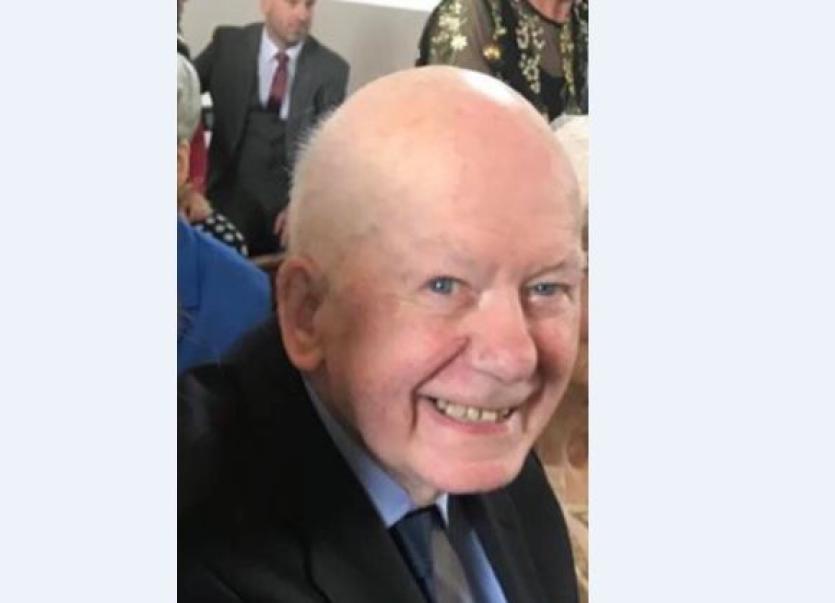 The late CC Maguire (91), described as one of “the great characters, the great elders, the great leaders” of the Ballyshannon community was laid to rest in his home town following Mass of the Resurrection in St Patrick’s Church on Tuesday.
A remarkable man, he continued to work as a pharmacist until he was 80 years of age. Many have commented since his passing how generous he was to people in terms of offering sound advice.
Parish Priest of Kilbarron, Fr Cathal O Fearraí, in his homily at St Patrick’s Church, Ballyshannon, said Con Maguire, known to everyone as CC, had made an important contribution to Ballyshannon as a pharmacist and as a person who cared for his local community.
Mr Maguire was renowned for his vast knowledge of human and veterinary medicine, describing him as a “quiet yet powerful presence who made a contribution to many facets of life in Ballyshannon and in its community”.
He said he was a gentleman, he was well read, a very capable businessman and someone for whom people were much more important than business.
He was, Fr O Fearraí added, someone who loved local affairs, the affairs of life, politics, local history, and Donegal football and he was “keen to make a contribution” where he could and to ensure that contribution was for the betterment of his community and those who sought his advice.

PUBLIC DUTY
He recalled his sense of public duty and how he had served as a Ballyshannon Town Commissioner. He said he was also an unobtrusive member of St Vincent de Paul, keenly aware of the needs of others and through his work with St Vincent de Paul offered vital support to those who needed assistance.
A man of faith, he noted that the deceased was “faithful to his Church” and was a Sunday attendee at Mass.
Fr O Fearraí recalled in more recent times enjoying his visits to his home on the first Friday of every month where CC was so happy to receive the Eucharist.
He reminded mourners and those listening/watching how CC loved to have a chat adding that he had no doubt there would be a good conversation between CC and St Peter.
At the start of the funeral Mass symbols of CC Maguire’s life and interests were brought forward by family members, there were four of these, a family photo, a mortar and pestle, his GAA cap, a book, denoting the importance of his family, his work as a pharmacist, his love of gaelic games and his love of reading.
Alluding to necessary restrictions which restrict attendance numbers at funerals, Fr O Fearraí underlined the high regard there was locally for CC Maguire when he observed: “In ordinary times this church would have been filled with mourners because CC Maguire touched the lives of so many people.”
Born on the East Port in Ballyshannon in 1929, CC Maguire attended local national school and it was there that a great love of gaelic football, Irish dancing and the Irish language was instilled in him. A fluent speaker, he had a great grasp of the Irish language, frequently speaking it and using it where and when he could.
His second level education was gained at St Eunan’s College in Letterkenny and he often recalled how tough times were there during the war years.
After St Eunan’s College he travelled to Dublin where he trained and graduated as a pharmacist. It was while studying there that he met his wife Kitty, from Castlegregory, Co Kerry. He returned to Ballyshannon to work in the family business, The Medical Hall on the East Port. CC and Kitty married in 1959 and set up their home on the Knather Road.
He made a powerful contribution to many facets of Ballyshannon life, Fr O Fearraí added, but the rock of his life was very much his wife Kitty and their family.
CC Maguire worked as a pharmacist until he was 80 years of age and was renowned for his knowledge of human and veterinary medicine. Fr O Fearraí said people travelled from far and wide in order to seek out his advice and help, whether for animals or humans.

CHAT
Alluding to his fondness for a chat, Fr O Fearraí added: “When people went to CC the prescription would be filled ‘eventually’ and you also got good advice and a good chat - there was no point being in a hurry because CC always had great time for so many people.”
Interment followed Tuesday’s funeral Mass in St Joseph’s Cemetery, The Rock, where Fr O Fearraí also officiated. As the funeral cortege made its way to the cemetery the cortege stopped on Castle Street opposite the chemist where he had worked for most of his life and again outside the site of the former Medical Hall on East Port, where the Maguire family had their original business.
The late CC Maguire is survived by his wife Kitty, their children, Catherine, Conor, Michael and Clodagh, grandchildren Lorraine, Niamh, Conor, Michael and Caoimhe, great-grandchildren Eva and Lorcan, his sisters Catherine (Chesterfield) and Claire (Vancouver) and the extended family, to whom sympathy is extended.
May he rest in peace.