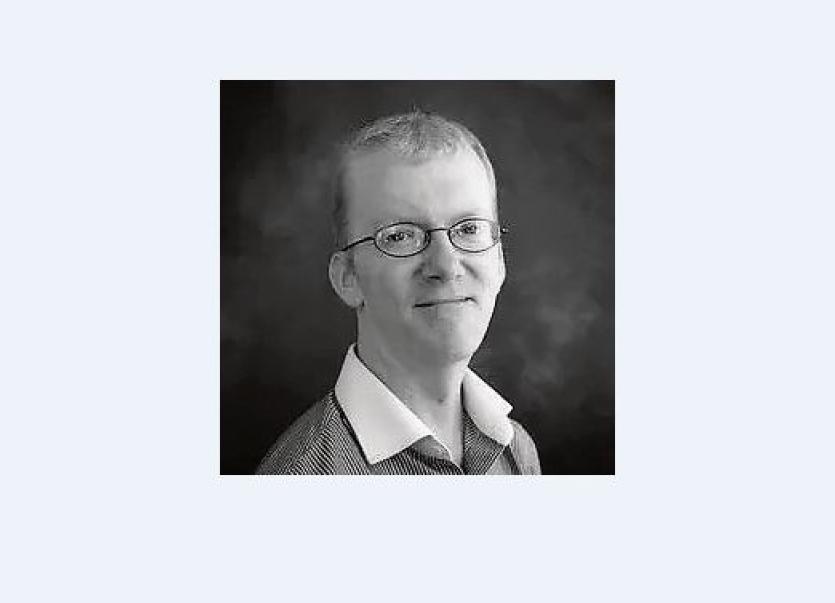 There were widespread feelings of shock and disbelief in the local Creeslough community on Tuesday of last week on hearing of the sudden death of Noel Rodden, Massinass, Creeslough.
Deceased was 51 years old and single.
He was predeceased by his parents Rose (nee Trearty, Termon) in 1992 and John three years ago, and by his two brothers Gerard and Adrian who passed away as infants.
Noel was a teacher with the Donegal ETB for 23 years and he played an active part in the sporting and educational life of his local community and further afield.
He was also involved in the work of the Teachers Union of Ireland and all these interests were represented by the gifts brought to the altar at his Funeral Mass in St. Michael’s Church, Creeslough.
These included Donegal and St Michaels GAA jerseys, a TUI mug, a mini aeroplane and a Masters degree certificate.
Noel was a true Gael and over the years he held various posts on the St. Michael’s GAA club’s Senior and Minor Boards including Club Secretary.
He was also a club referee, and he had a great love for club and county travelling to many games and would also be found in the same spot at Macumhaill Park at all of Donegal’s home matches.
He was also very active in Scór.
Noel’s other interests included quizzes, and programme collecting and he had built up a huge array of memorabilia.
Noel was also employed by Donegal ETB as a teacher for almost 23 years, initially in the Letterkenny Youthreach and Senior Traveller Training Centres and subsequently, until his untimely passing in the Lifford Youthreach Centre.
Noel was equally popular with both staff and students and was held in very high regard by all who had the pleasure of meeting or working with him.
He was devoted to his work and always strived to do his best for the students and staff. Noel went above the call of duty by also representing staff as an active member of the Teachers Union of Ireland (TUI) where he served as Secretary and Chairperson of the Donegal Branch which represents members of the teaching staff in all our second-level schools and Further Education and Training (FET) centres.

Board of Donegal ETB
Noel was the unanimous choice of staff to become a Member of the Board of Donegal ETB from 2014 until 2019 and was unanimously re-elected to serve for a second term last year.
Noel also served as a member on the Boards of Management of the following schools: Deele College, Raphoe, Pobalscoil Chloich Cheannfhaola, An Fál Carrach, Loreto Community School, Milford and Rosses Community School, Dungloe.
Noel brought enthusiasm, positivity, dedication and commitment to each area of his work, representations and dealings with colleagues, students, learners and parents and was held in the highest regard by all.
Many tributes were paid to Noel in the days following his death including from St. Michaels GAA Club and by Joe McHugh TD who went to college in Maynooth with Noel in the 1980s.
At his Funeral Mass heartfelt tributes were paid to Noel by his brother Declan and his wife and family in Australia, his sister Emer in New Zealand, Dr. Martin Gormley Director of Schools Donegal ETB, and from the Donegal Education and Training Board (ETB).
The deepest sympathy of the community is extended to his sisters Breda, Buncrana, Emer, New Zealand, Catriona, Creeslough, Sheila Letterkenny, Ursula, Letterkenny and Deirdre in Letterkenny, to his brothers Shaun, Creeslough, Declan Australia, Niall, Scotland, Brendan, Australia, Ronan, Dublin and Kieran in Creeslough.
Sympathy is also extended to the Trearty family in Termon, his nieces, nephews, family circle and many friends.
Noel’s Funeral Mass in St. Michael’s Church, Creeslough was Celebrated by Fr. John Joe Duffy, Con-Celebrants were Fr. Martin Doohan, Fr. Pat McGarvey and Fr. Sean O’Gallachoir.
Guards of Honour were formed by the Donegal ETB as the funeral cortege made its way to Doe Graveyard and by members of St. Michael’s, Downings and Termon GAA Club at the Cemetery.
Burial took place in Doe Cemetery.