Deceased was the wife of the late Dr Paddy Delap, a former TD who was first elected to the Dáil in 1970 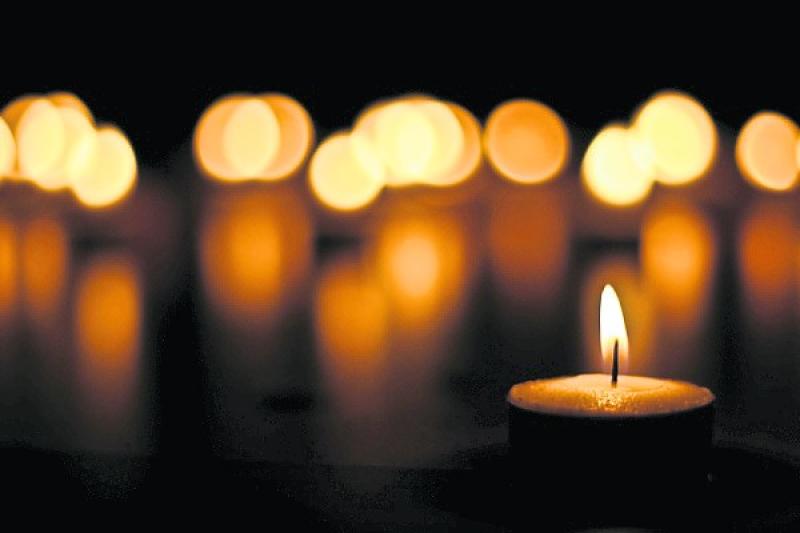 The death occurred peacefully at the residence of her daughter, Eilis and family at Donnybrook, Dublin on Sunday, December 6 of Mrs. Elizabeth Delap, Bunbeg.
Affectionately better known locally as Lily, she was predeceased by her husband, Dr. Paddy Delap, who also served as a Teachta Dála, he was first elected to Dail Éireann in November 1970 when he filled the seat left vacant by the death of Pa O’Donnell, Burtonport.
She was the mother of Dr. Tony Delap, who has a medical practice in Magheraclogher, Bunbeg.
Lily lived a full and fulfilling life and enjoyed a long life. She was a member of the Guckian family, formerly of Crossmolina, Co. Mayo.
She was a daughter of the late Tom Guckian and his wife, Evelyn (née Morrison), Guckian, Co. Cork. She was one of family of five and was the third member of the family.

Predeceased
The last surviving member of the family, she was predeceased by her brothers, Rev. Fr. Patrick Guckian, Dr. Thomas, John and Dr. Christopher.
Her father was a Garda Sergeant and the family subsequently moved back to Mayo to live in Rossport, and finally settling in Crossmolina where her father was stationed.
They resided there for the next 23 years. After completing her second level education she went on to Trinity College, Dublin to study Pharmacy.
During this time at Trinity she met so many people and she forged friendships with them and they remained close to her throughout her life.
She met her future husband, Dr. Paddy Delap in the Metropole Hotel in Dublin in August 1959. He was originally from the Gaoth Dobhair Station at Meendeerygamp, and was a son of the late Anthony and Bridget Delap.
Lily and Paddy were married at the University Church at St. Stephen’s Greene in Dublin in November 1959.
The newly wed couple moved to live in Buncrana for a period and later moved to Malin, Carrick and Gleann Cholmcille. In 1967 the couple decided to move to Gaoth Dobhair and they had a new house built at Bunbeg from where Paddy had his medical practice.

Busy life
Lily Delap led a very busy life. She ran the house and her husband’s medical practice and was the mother of four children. As well as that she fulfilled the duties of a secretary, a cleaner, receptionist and manager of her husband’s practice.
Lily warmly greeted everyone who entered their home with tea and a warm meal and it was common for her to serve something sweet to go along with it.
She loved to converse with everyone and held engaging conversations. She had the talent of giving an individual her undivided attention.
She was an accomplished musician and this is a talent she passed on to many of her grandchildren.
She completed a Grade A in both piano and violin.
In later years she enjoyed travelling and made several trips to her late brother who lived in America.
She travelled to various locations throughout Europe and enjoyed an excursion to the pyramids of Egypt.
One of her favourite adventures was her trip to Lourdes with the Cairde Mhuire Pilgrimage.
She was great company and was a brilliant conversationalist and when talking to you she took personal interest in you.
Despite being widowed at a young age she remained strong and dearly cherished her family and friends.
She was very close to her grand-children and was always grateful that she had the opportunity to build a personal relationship with them.
She always took part in their landmark events ranging from confirmation, birthdays, graduation and even football matches.

Strong faith
She was a woman of strong and abiding faith and enjoyed a great devotion to Our Lady and The Miraculous Medal. She passed on this religion to her sons, daughters and grandchildren.
Her remains were removed to St. Mary’s Church, Derrybeg at 8pm on Tuesday, December 8.
Her concelebrated Requiem Mass was celebrated there at 11am on Wednesday.
The main celebrant of the Mass was an Dr. Ró Oirmh. Pádraig Ó Baoighill, P.P., Gaoth Dobhair assisted by Rev. Fr. Nigel Gallagher, P.P., Annagry and Fr. Brian Ó Fearraigh, C.c., and Séiplíneach Phobal Scoil Ghaoth Dobhair.
The soloist was Eileen Sweeney who also played the tin whistle. Pat Duffy was on guitar and Ceril Murphy played the piano.
Her funeral took place afterwards to Magheragallon Cemetery.
She was predeceased by her husband, Paddy, son-in-law, Fintan Ryan, and by her brothers, Rev. Fr. Patrick, Dr. Thomas, John and Dr. Christopher, sisters-in-law, Ann, Sr. Mary Ciarán, Teresa, and brother-in-law, Seán. She will be greatly missed by her daughters, Mary and Eilís, sons, Tony and Tommy, daughters-in-law, Bríd and Fionnula, and son-in-law, Paul, 13 grand-children, Lisa, Jonathan, Patrick, Gavin, Rory, Laura, Catherine, Max, Tommy, Callum, Sophie, Leo and Val, sisters-in-law, Nuala and Peigí, nieces, nephews, relatives and friends, to all of whom deep sympathy is extended. Ar dheis De go raibh a hanam dílis.