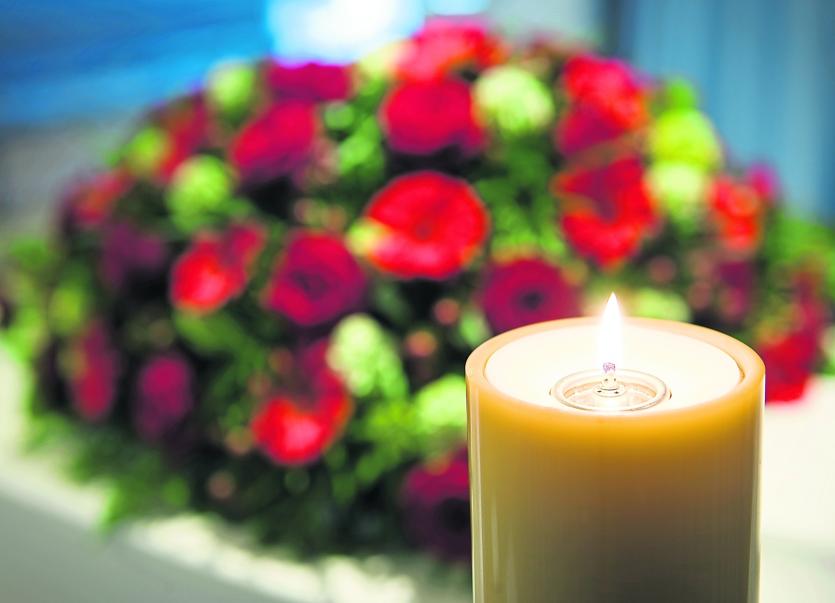 She was the dearly beloved wife of the late Joe, much loved mother of Ben, Marion, Anne, Theresa, Helena, Sarah and the late Joe jnr.

Due to government advice regarding public gatherings, a private funeral will take place on Saturday  at 10am at St. Mary’s Church, Sandyford followed thereafter by interment at Shanganagh Cemetery, Shankill.

To live stream the church service click on this link https://www.churchservices.tv/sandyford

The last Captain of the Naomh Eanna, Charlie passed away, peacefully, at the age of 92, in the loving care of the staff at St Mary’s Nursing Home, with his devoted wife and children by his side.

Dearly beloved husband of Mary (Mamie), he was the much loved father of Grace, Danny, Mary and Phil; beloved father-in-law to Ciaran, Hugh, Mary and Frederique.

A private family funeral will take place in accordance with current Government and HSE guidelines.

Requiem Mass on Friday, February 5 at 11am at St. Joseph's Church, Presentation Road. Funeral after Mass to Rahoon Cemetery, via Maunsells Road. The attendance at the church, outside the church door and at the cemetery will be limited to 10 people.

Family flowers only please, donations, if desired, to the RNLI at https://www.idonate.ie/299_rnli.htmlr or to the Poor Clare Sisters, Nuns’ Island, Galway.

To view the Requiem Mass online on Friday at 11am please go to: https://mcnmedia.tv/cameras/st-josephs-church-galway Also found on St. Joseph’s Parish Church Galway website.

The death has occurred of Sean Gallagher of Maelduin, Dunshaughlin, Co. Meath and late of Raphoe, (and also of UK until 1974, Blackhorse Avenue and Ratoath Stores until 1996).

Beloved husband of the late Frances and brother of the late Michael, Gerard, Laurence and Ceiline,  Sean will be sadly missed by his children Michelle, Ann, Peter and Barry, his sisters Phil and Bernie, relatives and friends.

Due to current restrictions a private family funeral will be held at 12 noon on Friday in St. Patrick and Seachnaill's Church, Dunshaughlin followed by burial in the adjoining cemetery.

Those who cannot attend can follow the Mass at https://www.churchservices.tv/dunshaughlin

Michael's Funeral Mass will be on Friday in St. Mary's Church, Bocan at 11am with burial afterwards in the adjoining cemetery.

In compliance with HSE and government guidelines, the funeral is private to friends only.

Funeral Mass can be viewed live on www.culdaffparish.com

Requiem Mass in St Colmcille’s Church, Glendowan at 11am on Friday, February 5 followed by burial in Gartan Cemetery.

Funeral service can be viewed on www.churchservices.tv/churchill