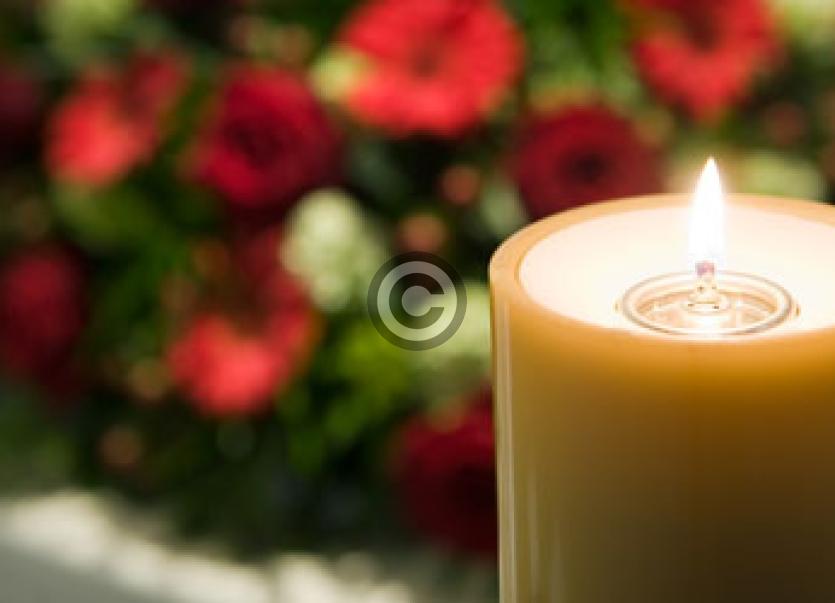 Funeral arrangements to be announced.

In accordance with current government guidelines the funeral will take place privately. Family Service later in the year.

No flowers please; donations in lieu if so desired to the Alzheimer's Society.

The death has occurred in Croydon, England of Brendan Moss, formerly of Lismuladuff, Crossroads, Killygordon.

The death has occurred of Helena Crawford, Coolatee, Smokey, Lifford.

She was predeceased by her parents Hughie and Myra, and will be lovingly missed by her brothers and sisters, Betty, Myra and husband Frankie, Deirdre and husband Tom, Eddie and wife Ann, Hughie and wife Rose, Aidan and wife Bernie, nieces, nephews, Aunt Noreen, extended family, neighbours and friends.

Removal from Kelly's Funeral Home, Oakfield, Raphoe on Thursday at 4.20pm going via Coolatee, Smokey, Lifford to arrive at St Patrick's Church, Murlog at 5pm to repose overnight with 11am Requiem Mass on Friday morning, which can viewed on:
http://clonleighparish.com/webcam Burial afterwards in the adjoining cemetery.

In accordance with HSE and Government guidelines due to Covid-19, the wake, funeral and burial is strictly private to immediate family only with a maximum of ten people permitted.

The sudden death has taken place of Simon Imber, 16 Tullynagee, Comber, Co Down.

Beloved husband of Elaine, formerly Patterson, Laurel Hill, Castlefin. Son-in-law of Wendy and Jim. Brother-in-law of Gareth, Julie Ann, Stephanie and Aaran. Beloved uncle of Jamie and Charlie, and his family in England and New Zealand.

No further funeral details at present.