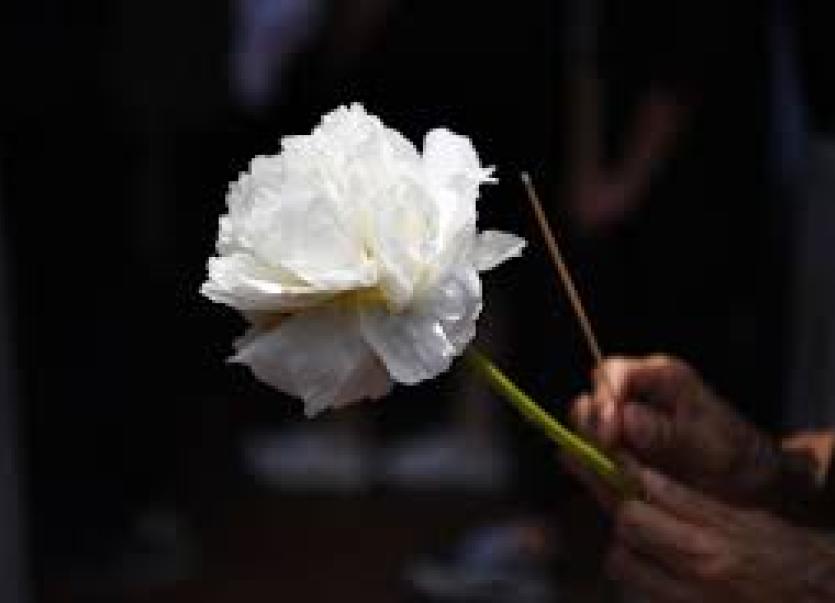 Funeral Mass in Star Of The Sea Church, Annagry, on Tuesday, May 11 at 11am, which can be viewed on MCN Media Webcam, followed by burial in Holy Cross Cemetery, Dunfanaghy.

Funeral leaving the Eternal Light Chapel of Rest, Monday, May 10 at 12 noon going to her home.

In compliance with HSE and Government guideline, wake, funeral and interment are private to family only please with a maximum of 25 people permitted.

The death has occurred in Letterkenny University Hospital of Thomas Griffin of Lower Keeldrum, Gortahork and Tullamore, Co Offaly.

Predeceased by his father Jimmy. Survived by his wife, Alice, daughters, Niamh, Roisin, and Máire's son, James and grandson Tiernan; his mother, Philomena; sisters Ann Maire, Margaret, Josephine; in-laws, aunts Brid, Máire and Nora; nieces, nephews and a large circle of family, friends and colleagues.
Funeral mass on Monday, May 10 at 11am in Christ the King Church, Gortahork. Mass can be viewed live on https://www.mcnmedia.tv/camera/christ-the-king-gortahork

Due to the Government and HSE restrictions regarding public gathering the funeral will be private to family members only.